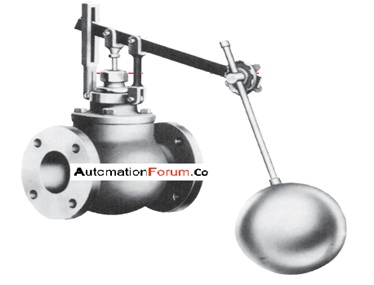 What is a float valve and what does it do

This valve can be used to control the water level in a tank, this valve is capable to open and close itself as the liquid level changes. A float is used to mechanically operate this valve. These valves are liquid level control valves and they are mostly used in the industrial refrigeration system. In a large refrigeration system, the float valves are used as a throttling device. Float valves are actuated lever valves that are designed to control the level of the liquids.

What is the use of a float valve

How does a float valve work

How to select a float valve

How float valves are constructed

The float rods in the float valves are made up of brass, stainless steel, or galvanized pipe. The trim in the float valve, main valve, and the seat is made up of stainless steel. Swivel adaptor, vertical operation of the float rod, replace rosette, and joins the lever and float rod. Teflon is used in the discs and cups for high-temperature purposes. Design considerations include providing high flow rates at a low head loss. By properly designing the valve seat cavitation and noise can be minimized, minimize frictional resistance, and shut-off loads, and ensuring the float. These valves are designed to pilot operated or standard, with small and large orifices, long levers, small floats, or short levers. In order to obtain a proper valve life, the float valves must not be overrated in terms of flow or pressure.

How to install float valves

While installing remove the bulkhead fitting from the tank. Remove the drain plug and install the valve assembly. Float valves when installing in water tanks should be located near the surface of the water with the float where it will be least disturbed by the waves. The waves would be prevented by the discharge pipes by the discharge pipes. In order to avoid the friction on the inner valve sliding the stem of the valve must be vertical.

What are the types of the float valve

The high side float valve

What are the applications of the float valve

What is air valve and how to install air valve