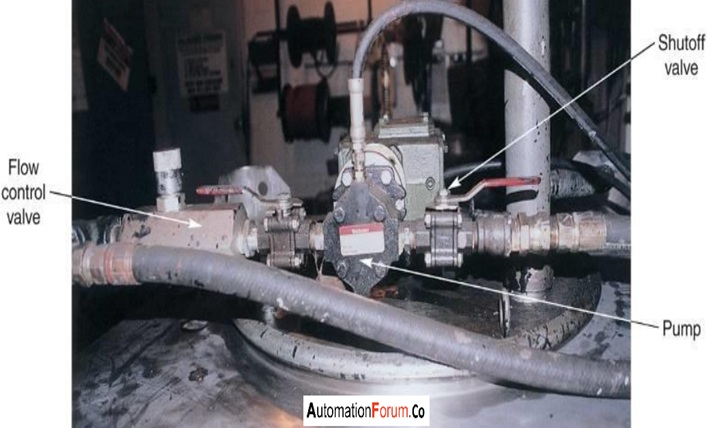 What is a hydraulic valve and what is its purpose

How hydraulic valves are constructed

Mostly all valves have the same structure a valve body, valve spool, and components of driven valve spool movements. Hydraulic valves are available in four types of construction and they are

These valves have threaded ports as the name says, and it is connected by piping. The piping would require space. This design can be considered as an old one so it has many disadvantages like they are prone to leakage and needs more time to fix

This type of construction differs from the above types, their principle and concept are different. Cartridge type valves have better flow and response when compared to the other types. Cartridge valves are economical too.

What are the major requirements of hydraulic control valves

Nominal pressure – it is the maximum working pressure allowed by long term reliable work of hydraulic control valve and this is limited by the valve intensity. Certain factors also influence the maximum permissible working pressure and they are reversing reliability of the reversing valve, and pressure regulation of the pressure valve. The nominal diameter is another factor, better flow capacity is achieved by good diameter so maximum flow could be achieved. Valves that have the same diameter would have different nominal flow because of their functions

The hydraulic valves must meet certain performance requirements and they are high sensitivity, reliability, and it must not have high noise or high vibration during the operation. Sealing should be better if the valve port is closed and if the valve port is open then the direction valve must have better core stability. High precision is needed while the operation and it must not be influenced by outside interference. These valves must be in small size and should be able to install properly.

What is a hydraulic proportional valve

Why valves are used in hydraulic systems

In a hydraulic system, valves perform certain roles they are, control valves capable to control the operation of actuators. These valves would also regulate the pressure by controlling the oil flow. Some valves have multiple functions and are very useful an example of this would be hydraulic proportional valves.

In a four-way three-port valve there are four ports and three positions and they are manually operated hydraulic control valve. In this valve there is a liver or it can also be called a spool which can be used for the flow direction so when the liver has moved a connection is established between two ports and the flow takes place. So by changing the liver or spools position we can establish the connection between ports and control the flow direction

What is an electro-hydraulic valve

What is a hydraulic actuator and what is its use

The hydraulic actuator can convert the fluid pressure into motion, according to the signal received. Hydraulic actuators are required when a valve operation needs a large amount of force.

In a hydraulic system, valves are used to control the pressure, volume flow rate, and direction of flow. So based on these functions hydraulic valves are classified into pressure-volume or directional control valves.

These valves are used to control the flow direction of hydraulic fluid to different lines in the circuit. These valves check the connection or disconnection of pathways with relative motion between the valve core and valve body to meet the requirements of the system. There are certain types of directional control valves they are one-way valves and reversing valves. In the one way valve as the name indicates it allows flow in one direction but not reverse flow. The reversing valves change the flow direction and they cut off or connects oil channels by the relative motion of valve core in the valve body

Flow control valves are used if we want to control the amount of fluid flowing past the valves. These valves are used to regulate the speed of hydraulic cylinders and motors by controlling the flow rate to the actuator. The needle valve is an example of a flow control valve. In this valve, the flow is controlled by changing the flow area of the port. The orifice can be used for flow control it is a device in the shape of a disk with a hole so the fluid will flow through the hole. This can be used as a flow meter by measuring the pressure drop across the orifice.

How a Valve is controlled using a 4-20mA loop