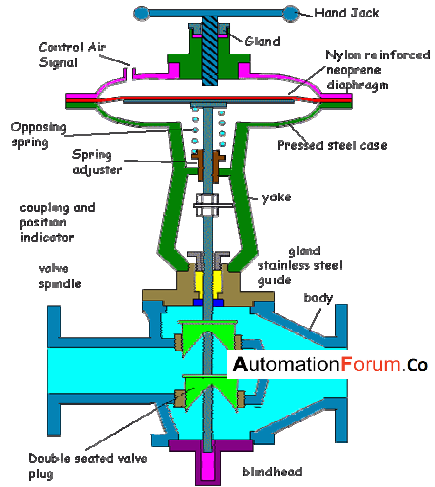 What is a piston valve?

A piston valve is a device that is used to control the motion of a fluid along a tube or pipe by means of the linear motion of a piston within a chamber or cylinder. Piston valves are used for fully open or fully closed for on/off regulation on steam, gas, and other fluid services. These valves are mostly used on fluids that cause excessive seat wear. Piston valves are mostly actuated manually, but sometimes other actuation modes such as hydraulic and electric are used. Piston valves are usually used where the valve body is permanently installed to reduce maintenance. Piston valves are not designed for throttling applications and they must be used in fully opened or closed positions. When the valve is fully opened, only the bottom face of the piston is exposed to fluid and the rest of the body is protected by the upper sealing rings. So the sealing surfaces are protected from erosion by the fluid flow.

Piston valves are the variant of the conventional globe valve, with the traditional seat and cone is replaced by a piston and lantern bush. The piston is of chrome steel and perfectly machined, the sealing rings are often self-lubricating Teflon. Mostly the body is constructed by the cast and they could have screwed ends, flanged ends, or butt welding ends. The bonnet is also the same material as that of the body and it is of bolted construction. Proper sealing is done by a piston with the help of two resilient seats. The piston is connected to the valve stem and hand-wheel and passes through two sealing rings which are separated by a lantern bush. When assembled the two sets of the sealing rings are compressed around the piston by the load exerted along the stem. The upper set of the sealing rings acts as conventional gland packing, and the lower set acts as the seat. High-level shut-off tightness is assured by the large sealing area between the piston and rings. If the valve needs maintenance, all the internals can be easily removed by undoing the cover nuts and withdrawing the piston. The rings and the lantern bush can be removed by using an extractor tool. This operation can be conducted without removing the valve from the pipeline. Piston valves have a long life, but the sealing ring could damage after being used for so long.

How does a piston valve work

The construction of a piston valve is similar to a globe valve and they are used to shut off and regulate. These valves provide positive shut-off. The shut-off assembly comprises the metal piston, two resilient valve rings, and a metal lantern bush. The sealing surface consists of the outer vertical surface of the piston and the corresponding inner surfaces of the sealing rings. This provides a sealing surface compared to the globe valves of conventional design. At the beginning of the opening, a displacement uncovers the small flow section. Which controls the low rate of flow.

Most automatic valves are of double disc type, the double-disc design can be used to equalize the pressure across the disc and it can be varied to change the flow characteristics through the valve or to change the operation of the valve such as by decreasing the response time of the valve’s action. A piston balance valve allows the force exerted across the seating area to be as equal as possible while being directed in the opposite direction. The double-disc arrangement has the flow coming from the left. In the closed position, the fluid pressure would press against the bottom of the top disc and against the top of the bottom disc equalizing flow pressure. Even when the valve is open there is an equalizing force that gives the valve a smooth operation.

What are the types of piston valves?

What are the applications of piston valves

What is a pinch valve and how does it work

What is Snap acting relay?