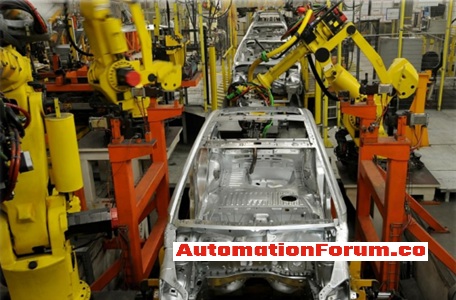 Automation is the technology that uses many control systems to control the equipment in a factory or in other places. There are various control systems used to do the automation they are PLC, numerical control, and industrial control system. These control systems are combined with certain computer-aided technologies so that industrial process control can be done very easily. So basically automation can be considered as the technology which has mechanical electronics and computer-based system to do its operation. Automation is done by various means such as mechanical, hydraulic, pneumatic, electronic devices, and computers. Automation has made an industrial revolution, with the help of automation the productivity and quality can be increased. The industrial automation systems are designed in a way that they can make or process raw materials into finished products and this is done by using machines, equipment, and tools. It also requires electric, hydraulic, heat, air, and kinetic energy to do its operations.

How information technology is utilized in industrial automation?

We can see extensive use of information technology in industrial automation. Industrial IT can be seen in control and signal processing, communication and networking, simulation, design, analysis, optimization, real-time computing, and database. So information technology plays a great role in industrial automation without using it, automation will be very difficult. The communication of the system is handled by the IT section.

What are the different types of control which are used to do industrial automation?

It is a simple form of ON-OFF control, the household thermostat can be taken as an example for this so this type of control can be utilized for industrial purposes. Sequence control is a type of control in which a programmed sequence of discreet operations is done. This control will be according to system logic and also the system state.

The feedback control can be considered as a continuous control, in this type of control sensors are used so that measurements can be done. So if the measurement is not according to requirements then certain changes are done to get proper output. So because of this, the measured variable will be in the set range.

The control loop can be defined as a system that would do the measurement and control of a single variable by using certain elements. A closed-loop control would check the signal and the signal will be sent back and compared to the setpoint. If correction is required then the controller would act and it would send a return signal to make the correction and this is the closed-loop control. The open-loop control doesn’t do the feedback operation.

This type of control is used to fix a sequence or to do a logical one that would perform different actions according to various system states. The states can be referred to as different conditions that could occur in a sequence scenario of the system.

The computers can do both the sequence and feedback control a single computer can be used to do both in industrial applications. PLC’s are used in industrial automation which can replace many components such as timers and sequencers. There are certain general-purpose process control computers that replace stand-alone controllers. So many controllers can be replaced by a single computer. The process control computers are capable to process data from a network of PLCs, instruments, and controllers so that they can control many operations. These computers can do complex control algorithms with the help of multiple inputs and also because of mathematical manipulation. Data can be analyzed by this computer and it would also display a process image.

What are the types of automation system?

Automation systems can be divided according to its level of flexibility and also integration.

This type of automation would do all the product functioning under computer control and under coordination through digital information processing.

What are the different types of sensors used for industrial automation?

The temperature sensor would collect the details from a resource and it would be changed into an electrical signal which can be determined by other devices. It can detect if there is any variation in temperature and are capable to measure the temperature of a medium. Humidity and digital temperature sensors are used for industrial automation.

The pressure sensor would measure the pressure and then the value would be converted to an electric signal. Vacuum sensors are used to determine if the vacuum pressure is below the atmospheric pressure and it will be very difficult to detect the pressure by using mechanical methods. These sensors would have a heated wire and their electrical resistance has a relation to the temperature. So if the vacuum pressure increases the temperature of the wire would increase too.

These sensors can do the conversion of mechanical signals to electrical signals. Acceleration and motion sensors are the major types of MEMS sensors used for industrial automation.

What are the advantages of industrial automation?

What are the disadvantages of automation?

What are the applications of automation?

What are the types of instrumentation switches?