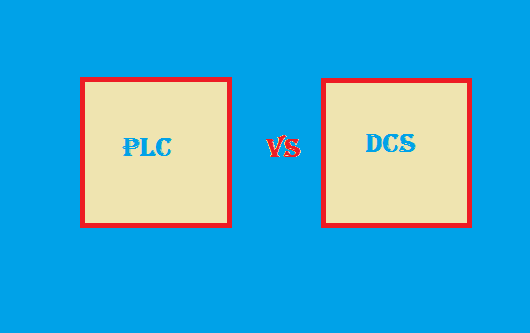 PLC is a Programmable Logic Controller is used for automation of electromechanical processes. The PLC is designed for multiple inputs and output arrangements, extended temperature ranges and it have the ability to resist electrical noise and resistance to vibration and impact. Programs to control machine operation are usually stored in battery backed up or persistent storage.

PLC can be described as an electronic system which is operated digitally and designed for use in an industrial environment.  It uses a programmable memory for internal storage of user oriented instructions. Those instructions are used for implementing special functions such as logic, sequencing, timing, counting and arithmetic to control, through digital or analog inputs and outputs, various types of machines or processors.

A programmable logic controller is almost same as a small computer with built-in operating system (OS). The OS is highly skilled to handle incoming events at the time of their occurrence. Sensors are connected to the PLC   input lines to notify upon events. For example temperature above or below a certain level, liquid level reached etc. and for any reaction to the incoming events it has output lines to signal. For example start an engine, open or close a valve etc. The system is user programmable and it uses a language called ‘Relay Ladder’ or RLL (Relay Ladder Logic) for this purpose.

What is the architecture of PLC?

A PLC is a solid state user programmable control system with the following functions as to control logic, sequencing, timing, arithmetic data manipulation and counting capabilities. PLC can be viewed as an industrial computer that has a central processing unit, memory, input output interface and a programming device.

An integrated PLC contains all of those components in a single unit. Some integrated PLC’s can be expanded by having additional I/O modules PLCs must contain a CPU module, a power supply and I/O modules plugged into the same rack.

The CPU module consists of two main parts as the central processing unit and its memory. The memory includes PROM (Programmable read only memory) containing the PLCs operating system, driver programs and application programs; and also RAM, where the user written programs and working data are stored. PLC manufacturers offer different types of retentive memory to save user programs and data while power is removed, so that the PLC can resume execution of the user-written control program as soon as power is restored. If the PLC has one of the following tentative memory options, it doesn’t have to be reprogrammed each time it is turned on, so a keyboard and monitor not necessary to be included as a part of every PLC.

In most PLCs, at least, part of the RAM memory’s contents is protected by a long-life battery, for years of use. Other PLCs have only capacitor –based power back-up. So RAM memory is saved only for short periods of power outages (measured in hours).Many PLCs also offer removable memory modules, which are plugged into the CPU module.  A copy of the user-program and data on EEPROM (electrically erasable programmable read-only memory) chips in the removable memory modules can be possible to the user. An EEPROM module can be connected into any PLC of the same make, so they are also useful in copying programs and data from one PLC to the next.

Now a days, PLC have started to include flash memory, which is like EEPROM memory except that it can be written without the need of special circuitry. Flash memory is used on some removable memory modules as an alternative of using the older EEPROM memory chips, but flash memory is also sometimes built into the CPU module, where it automatically backs up parts of Random access memory even as the PLC runs. And also if the power fails while a PLC with flash memory is running, the PLC will resume running without having lost any important working data after power is restored. Modern CPU modules often contain more than one microprocessor. The main microprocessor chip’s job is to execute the scan cycle while slave microprocessors handle the communication functions required to exchange data with increasingly powerful I/O modules remotely located sensors and actuators, and with other controllers via local area network.

What is the function of power supply module in PLC?

The power supply module of PLC converts available power to dc power at the level required by the CPU and I/O module internal circuitry. Generally, available power is in the range of 60Hz/120V ac or 50Hz/220V ac, although power supply modules are available for other input power characteristics. Output must drive the circuitry at 5Vdc. The Power supply modules may be plugged into the bus or may have to be wired to the CPU module in modular PLC systems. If the PLC based control system needs significant power to drive sensors and actuators, or needs dc levels other than 5 or 24V dc, or needs other electrical signal characteristics, the user should give additional power supplies and (for the high power applications typical of some actuators) may need to supply relays, optical isolators or other circuit- isolation devices.

what is the function of I/O modules in PLC?

Input and Output modules allow the PLC to be connected to sensors and actuators. The low voltage, low current-signals that the PLC uses internally from the higher- power electrical circuits required by most sensors and actuators are isolated by the I/O modules. The modules offered by PLC manufacturers are designed to work with that manufacturer’s CPU module and so the compatibility is assured. Most manufacturers have extensive range of I/O modules.

These kind of modules are used to connect the PLC to sensors and actuators that can only be switch on and off. Modules are available for a variety of dc and ac voltage and currents. Each module typically can be connected to several digital sensors or to several digital actuators of similar electrical characteristics.

What is Process Scanning in PLC?

The processor in PLC is designed to perform various duties in a special sequence and the sequence is repeated continuously. The operating sequence is also called the processor scan or sweep. A scan is composed of a series of sequential operation includes input data, execution of program,output data, servicing or updating the programming device, system communications and diagnostics. This scan cycle is performed sequentially and repeatedly in when the processes is in run mode. The processor could be in run mode for hours, weeks or even months. The user program will execute when the top or rung zero, straight through to the last rung, continuously, unless altered by an instruction specifically designed to after the flow of the program. Program flow instructions, direct the flow of instructions and execution instructions within a ladder program.

What are the types of process scanning in PLC?

There are 3 types of process scanning in plc as,

1.      Input scan:During the input scan the CPU scans each input module for the ON or OFF states of each of the associated input point and these states are stored in the input status file.

2.      Program scan:After the input reading process, it is stored in the input status file, the processor then uses this information to solve the user ladder program. The processor then scans the user program, starting at the rung zero at the left power rail, working left to right and evaluating one instruction at the time until the output instruction is reached. The output status is the resultant of the solution of input logic for that rung. The logical 1 or 0 output status is placed in the output status file. When the rung zero is completed, immediately the processor goes on to rung one, rung two, rung three and so on, sequentially to the last rung. After the last rung of the ladder logic is executed, there is one additional rung in the program. This last rung is automatically inserted by software. The end rung alters the CPU that it has reached the end of the program. The time taken by the CPU to scan the user program varies depending on which instructions are used and the ON or OFF status of the instructions.

3.      Output scan:Here the CPU writes the ON or OFF status, one word at a time, to the associated Output module. Each output status is comprised of ON or OFF electrical signals; there is one ON or OFF signals for each output point. In each module the output point latches its ON or OFF signals into electronic hardware to keep the output in the proper status until the next output scan sends the update. The time it takes to read an input, solve the user program, and turn ON or OFF the corresponding outputs, is called the system throughput.

DCS (Distributed Control System) refers to a control system usually of a manufacturing System, process in which the controller elements are not central in location but are distributed throughout the system with each component sub-system controlled by one or more controllers. It also controls the safety of whole plant operation. This concept increases reliability and reduces installation cost by localising control functions near the process plant with remote monitoring and supervision.  DCS was introduced in 1975 by:

DCS operates with multiple controllers and it coordinates all job and also it uses conventional control items which are automatically connected.

What is the structure of DCS?

The main attribute of a DCS is its reliability due to the control system in distributed nodes. The above diagram shows the structure of DCS. Field level or level zero in the diagram contains the field devices such as sensors and final control elements as control valve. Industrialised input and output modules are included in level one and their respective distributed electronic processors.The supervisory computers which collect information from the nodes and provide operator control screens are included in level two. Level one and two are the functions of traditional DCS level. The monitoring process is done in level three. Level 4 is the production scheduling level.

The comparison between PLC and DCS are as follows:

The above mentioned are the differences between PLC and DCS system.

What is HMI (Human Machine Interface)?