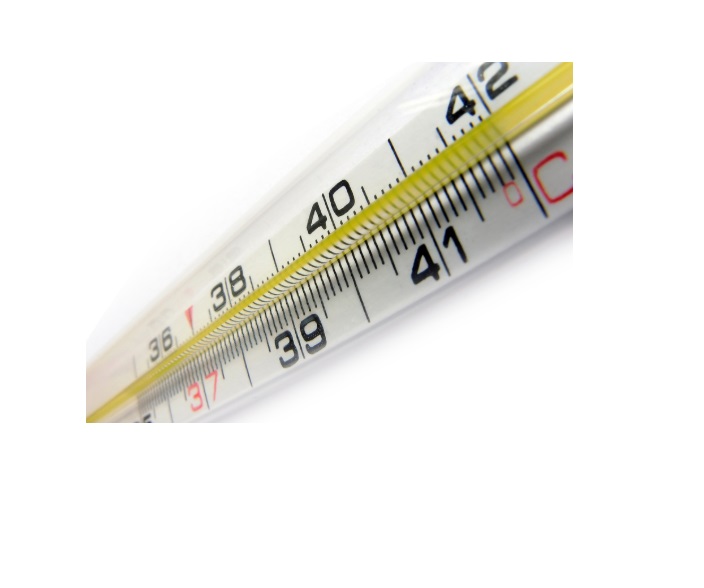 The RTD is a very stable, highly accurate and very precise. It exhibits nearly linear characteristics. These characteristics allow for very simple replacement of a damaged RTD without having to retune the control loop. The characteristic of a typical RTD is shown as a graph in Figure .

Note the linearity.An RTD can be constructed with 1000 ohm platinum wire (or film), 100 ohm platinum wire (or film), nickel iron (balco) or copper. Except for the 1000 ohm unit, all sensors must be used with a transmitter. Although the use of a transmitter in units of 1000 ohms is common, it is not necessary. RTDs are available as two-wire, three-wire or four-wire devices. The basic device used to measure the resistance of the RTD is a Wheatstone bridge. As shown in the following figure, the basic device requires only two cables to provide a signal to a transducer.

However, if the leads are very long,wire resistance becomes a large percentage of the measured resistance and introduces significant error. Typically, we can compensate for this by using a three-wire RTD. The three-wire RTD is connected as shown in Figure. In this arrangement, the two outer wires are of the same length and necessarily connected on opposing terminals of the Wheatstone bridge. This allows effects of lead resistance to cancel. The third wire is used to carry the actual signal. Since the signal is a current measured in terms of micro-amps, the error inherent in the two-wire RTD is nearly eliminated. A four wire RTD is used where high degree of accuracy is required. However, the transducer/transmitter assembly is quite different. Instead of using a Wheatstone bridge, a four-wire RTD is connected across a power supply and some form of voltage meter. This is illustrated in Figure. The advantage of this arrangement is the ability to read the voltage drop across the RTD for any given temperature. As long as the lead wires are of the same length, this voltage drop is not affected by line length. Since we know the temperature
sensed by an RTD is proportional to the resistance of the RTD, and since we know resistance is directly related to voltage drop, we can relate temperature directly to voltage drop in a very accurate manner. There are several downsides to an RTD. First, if local indication is required, one will need to either install a mechanical thermometer or will have to re transmit the temperature signal back to an electronic indicator. Second, a voltage must be provided to induce a current so that resistance can be measured. We may also remember that electrical power is defined
as P = I²R. This generates heat. The accuracy of the RTD can be subject to self-heating effects.The range of temperature that can detect by RTD is −200 and 500 °C (−328.0 and 932.0 °F)

How to calibrate RTD transmitter ?

The responsiveness, the sensitivity, and the low susceptibility to lead resistance make thermistors a popular choice of temperature sensor. The lack of nonlinearity does pose some special problems, but is rather easily handled through the use of a characterizer to linearize the output. Other disadvantages include the same difficulties with local indication and self-heating as described above for the RTD

The thermocouple is an example of a voltage device. When two wires of differing materials are joined at one end, and that end is subjected to a heat flux, one is able to measure a voltage potential across the open ends. This potential is referred to as Seebeck voltage in honor of the scientist who made this discovery. A type ‘T’ thermocouple circuit is illustrated in Figure . Type ‘T’ thermocouples are comprised of one copper wire and one constantan wire. Notice one junction is connected to a cold junction compensation circuit. When using a thermocouple, the temperature of one junction must be known. One such method would be to immerse a junction into an ice bath, thus keeping the junction at 32°F.

This is impractical in the field. In lieu of an ice bath, we use some form of temperature compensation circuit. Typically, this circuit is nothing more than another temperature sensor such as a thermistor. It could also be a thermoelectric heater or cooler designed to hold this junction at some design temperature. In either case, the temperature is known and the voltage induced at this connection is constant. When a heat flux is applied to the
sensing junction, the receiver detects millivoltage, which is directly related to the temperature at the sensing junction. The characteristics of a Type T thermocouple are shown in Figure .

As with the RTD and thermistor, thermocouples have their advantages and disadvantages. The primary advantages of a thermocouple are the simplicity of construction, the rugged nature of the device, and the wide range of temperatures. As indicated in Figure , the Type T thermocouple has a sensing range of -150 C to 700 C (-240 F to 1300 F). Thermocouples are less prone to failure due to vibration and can also be mechanically clamped, even welded, to the unit in which temperature is being sensed. The material from which thermocouple wire is manufactured is quite varied. Each thermocouple is assigned a type letter and a useful application range. Table 1 lists some of the more popular thermocouples available.

Thermocouple wire insulation and the outer jacket is also color-coded. Unfortunately, there is no global standard for color-coding. Some common standards are the US ASTM, British BS1843-1952, British BS4937-Part 30-1993, French NFE and German DIN standards. Figure  indicates the color standard described under the US ASTM guidelines. It is
important one understand and double-check color coding, especially if you work with European suppliers. Catastrophic industrial incidents have been recorded where the cause of the accident was traced back to misinterpretation of color-coding on thermocouple wiring.

Do you want to know about calibration of thermocouple transmitter ?