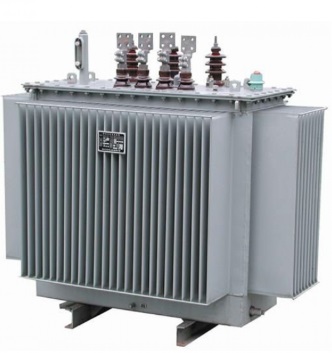 Transformers can vary, from a miniature high-frequency audio transformer to a large power transformer, the operating parameters are still the same. These can be divided into eight groups and are posted on the nameplate of any transformer of significant size: VA rating, cooling, transformer rating, frequency, voltage, phase, connections, and taps.

Every transformer has a maximum output current that it can deliver at its standard output voltage. This VA rating (KVA or MVA for large power transformers) is dependent on the ambient temperature or cooling provided. Exceeding the VA rating will cause over-heating of the core and windings and subsequent damage.

Cooling requirements for the VA rating(s) are usually listed on the nameplate along with the ambient operating temperature. Oil filled transformers, will include the type of cooling at which the full rated load can be delivered. A typical 1000kVA oil filled transformer that has radiators to allow natural air cooling of the oil, would be listed as:

Transformer Rating: 1000 KVA 550°C ONAN, which stands for the capability to supply 1000KVA with a temperature rise of 550°C with normal oil circulation (no fans or pumps).

The various abbreviations that you will find for transformer cooling are:

• ONAN cooling. ONAN is an abbreviation for Oil Natural (thermo-syphon) circulation with Air Naturally circulated for cooling.
• ONAF abbreviation denotes that the transformer has provision for Oil Natural Air Forced cooling. Forced air-cooling would allow the rating to be increased by a small amount.
• OFAF stands for forced (pumped) oil circulation and forced (fan) air-cooled radiators.
• OFW – The main transformers at large generating stations are OFW types with oil forced cooling, where the oil is, in turn, cooled by water

The available winding insulation is the governing factor for the voltage  rating on the transformer. As well as the rated operating voltage, the rated transient (spike) voltage that the transformer can withstand is usually included. This is listed as the impulse level or BIL.

The autotransformer has the same ratios (turns, voltage and current) as a transformer with two separate windings. However, the output is tapped off a portion of the single winding. This configuration yields itself to creating variable tapped output voltages, as we will discuss later.

The common transformer connections are single phase, 3 phase star, 3 phase delta, or zigzag. (The latter connection is used explicitly in grounding transformers and will not be discussed in this course.) Figure  below is an example of the connections for a three-phase transformer. Individual three-phase inputs are transformed into two separate outputs – one star or wye, the other delta.

The primary and secondary windings on most three-phase transformers are connected in either star or delta formation.

What is a signal isolator and what does it do?