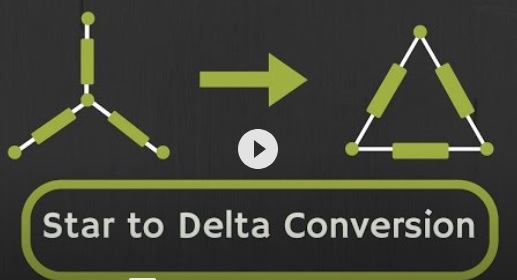 By the application of kirchoffs laws some problems cannot be solved and finds great difficulty due to number of equations. Such problems can be simplified by using star to delta or delta – star transformations

How to remember : The equivalent delta resistance between any two points is given by the sum of star resistances between those terminals plus the product of these two star resistances divided by the third resistor.