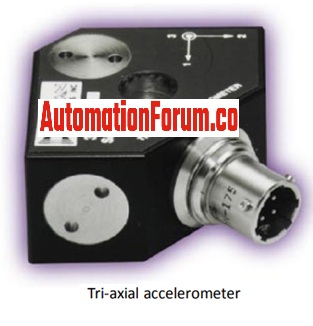 What is the use of accelerometers?

By using an accelerometer we can detect the angle at which the device moves and we can also determine the way in which the object is moving. This device can be used to check the vibration levels and also the acceleration of an object can be determined too. This device is widely used to measure the tilt, inertial force, shock, and vibration. We can see accelerometers in automotive, medical, industrial control, and other applications. We can consider an accelerometer as the major motion sensor, the accelerometer is composed of a sensor that is capable to provide the acceleration, speed, velocity, and also the position information.

How does an accelerometer work?

What are the types of accelerometers and how do they work?

In this type of device, the major part is a piezoelectric material, one portion of this device is connected to a rigid post at the sensor base, and the other part is attached to a seismic mass. So if there is any vibration a force will be created in the piezoelectric material and this force will be equal to the acceleration of the seismic mass, because of the piezoelectric effect a charge output proportional to the applied force is generated. If the seismic mass is reduced then we could get a good operating frequency range and also the resonance frequency can be increased.

This type of motion sensor can sense the variation in the electrical capacitance according to the acceleration. The sensing element would operate in a bridge circuit with the two fixed capacitor. The voltage would vary by the capacitor if the structure accelerates.

How to select an accelerometer?

What are the advantages of piezoelectric accelerometers?

What are the applications of accelerometer?

What is a piezoelectric sensor?

What is a barometer and what is it used for?