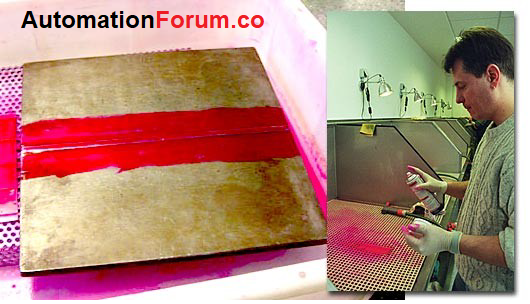 NDT test is a method to find the possibility of defects and the characteristics of a material that might cause aircraft to experience interference, reactor failure, train derailments, burst pipes, and various other events.

NDT is used to ensure the quality of materials and joining procedures during the development and erection phases, and in-service NDT checks are used to ensure that the goods in use continue to have the integrity necessary to ensure their effectiveness and public safety.

There are different types of NDT test carried out for various kinds of applications such as:

The most basic NDT method is visual inspection. Visual testing is done by only looking at the object that is tested using the eye to see whether the surface imperfections are visible. Aids can also be used in the form of cameras and computer equipment to help vision and reach places where money is difficult to see directly.

RT uses gamma-ray or X-ray penetration of the test object to look for defects or examine internal or hidden features. An X-ray generator or radioactive isotope is used as a source of radiation. Radiation is directed through the test object and on film or other detectors.

The resulting shadowgraph shows the internal features and the physical condition of the test object. The thickness of the test specimen and the change in density are seen as lighter or darker colours on the film or detector.

Iron particles will be attracted and concentrated in the location of the magnetic flux leakage. This results in an indication of defects on the surface of the material. The image below shows the components before and after the inspection using dry magnetic particles.

With this test method, the test object is moistened with a liquid containing visible or fluorescent dyes. The liquid will seep into the gap or discontinuity which is indicated as a defect. After the liquid has seeped, the excess fluid on the surface of the test specimen is cleaned. The developer is then sprayed to pull out the penetrant from the defect. The contrasting color difference between the developer and the emerging penetrant fluid represents an indication of a defect.

When a solid material experiences stress, imperfections in the material emit short acoustic energy called “emissions.” As in ultrasonic testing, acoustic emissions can be detected with a special receiver. The source of emissions can be evaluated through studies of the intensity of the emissions captured and the time of arrival to gather information (such as location) about the sources of these emissions.

What is a piezoelectric transducer and how does it work