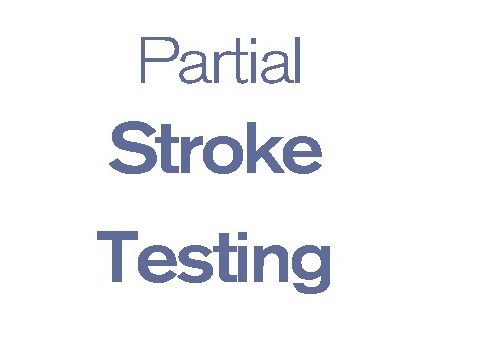 Partial Valve Stroke Testing or PVST, is an emerging concept to automatically increase the performance of Safety Instrumented Systems. PVST is a concept where safety-related valves like ESD valves and shut-off valves are automatically tested concerning failure modes that are related to valve sticking and slowing down operation. Current trends in the industry show an upcoming number of dedicated technical PVST solutions by various automation and instrumentation vendors.
The added value of PVST within the process industries is a significant reduction of the frequency of required manual periodic valve proof tests, its related manual test cost and reduced spurious trips due to manual errors. Partial testing is performed by additional automated test instrumentation, which can easily be initiated and controlled by the safety-instrumented systems’ logic solver such as the safety related PLC.

A substantial amount of safety valves that are applied in process installation are only used in case of an out-of-control process. The frequency by which these dedicated safety valves are activated during its entire lifetime of many years, is in most situations restricted to only once or a few times. Some safety valves will never need to come to action. Because of the importance of reliable operation of these valves in case of such an out-of-control process, periodic tests will reveal possible failures. Due to the very rare moments that the valve is operated, one of the most likely failure modes that may occur is sticking of the valve. Physical influences may lead to erosion, corrosion or pollution, which obstruct the valve to move and correctly close or open. During periodic off-line proof tests, these failure modes can be revealed, but due to the fact that such off-line tests can most times only be done during a complete unit or plant shut-down, such tests normally only take place once per year or even once per couple of years.

Partial Valve Stroke Testing (PVST) is a concept that is characterized by partly on-line valve testing. This partly testing concerns the test of the valve whether it is sticking at its defined normal position or whether it is not sticking and still able to move. PVST implies the partially opening or closing of the valve, e.g. 10% of a full stroke, detection with sensors like position switches that the valve has reached this 10% movement and moving the valve back to its normal position. If this test is done within a relatively short predefined time frame, it will in many applications not lead to a disturbance of the process and can therefore be done on-line

The fig shows the example of PVST . This PITT (Partial Instrument Trip Test) solution uses a second solenoid to create a
controlled leakage of the valve and uses the normal trip solenoid for emergency situations. Obviously, it must be noted that for this solution the valve including the actuator is tested but not the normal trip solenoid. This is a typical situation that illustrates the importance of a thorough and dedicated Failure Mode and Effect Analysis (FMEA) of the initial valve including the additionally needed PVST equipment.

Failures related to 100% operation i.e. fully closing or fully opening are not covered by PVST, because testing against such failure modes normally results in an undesired process upset or shutdown. As in most cases the most dominant failure mode appears to be sticking of a valve at its normal position, PVST is considered to contribute significantly to the detection of this type of failures and resolve them in a relatively short time period. The reliability of the valve will therefore significantly increase. This will be explained in the next section. Typically, PVST might help to deduce the failure modes that are related to:

There are three basic types of partial-stroke test equipment: mechanical limiting, position control, and solenoids. Each type involves different levels of sophistication and risk. Consequently, each type will be discussed separately.

Mechanical limiting methods are inexpensive in terms of capital and installation costs. These methods are
manually initiated in the field and are manpower intensive.
A limit switch or visual inspection is used to confirm valve movement. Successful implementation and
return to normal operational status are completely procedure driven. For valve collars and jacks, bypass
notification to the control room is entirely procedural. For the jammer, automatic notification using the key
switch contact can be provided.

Position control uses a positioner to move the valve to a pre-determined point. This method can be used on rising stem and rotary valves. Since most emergency block valves are not installed with a positioner, this method does require installation of additional hardware. Positioner operation also requires an analog output, which is typically not installed in SIS applications. Consequently, cost is a major drawback for the position control method.

The time of the pulse must be adjusted for each valve and solenoid pair to achieve the desired valve travel. Valve travel confirmation is accomplished by a limit switch or position transmitter, allowing automatic documentation of test status. Since a serious failure of the valve may result in more movement of the valve during the pulse than desired, the pulse timer should be voted with the limit switch or position transmitter. If the valve reaches its desired travel point before the pulse timer is finished, the solenoid valve should be reset. The test can be programmed in the SIS logic solver with the test being implemented automatically based on a programmed cycle time or initiated by the operator on a maintenance schedule.
Since the valve is never bypassed or disabled, the valve remains available for shutdown during the test . As with the other partial-stroke testing methods, a maintenance bypass is required to allow maintenance to be performed on-line without a process shutdown.

Spurious trips during testing can be a problem, if non-redundant solenoids are used for valve actuation. After all, the solenoid is being de-energized for the test and re-energized to stop the test. If the solenoid valve does not reset, the test becomes a trip. The use of redundant solenoids can seriously reduce the probability of the spurious trip.

Deatailed explanation of “How to read a Piping and Instrument Diagram(P&ID)?”