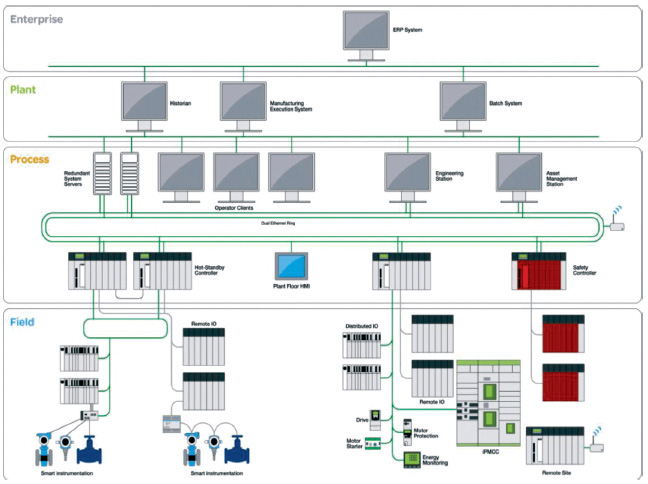 Ethernet refers to the local area networks and devices that was defined by the Institute for Electrical and Electronic Engineers (IEEE) under the IEEE 802.3 standard that defines the CSMA / CD protocol.

Ethernet is popular because it allows a good balance between speed, cost and ease of installation.

This is currently used for approximately 85% of LAN-connected PCs and work sites in the world because its protocol has the following characteristics:

DTEs are network devices that generate or are the destination of data: such as PCs, workstations, file servers, print servers; they are all part of the group of end stations

The DCEs are the intermediate network devices that receive and retransmit the frames within the network; can be: routers, switches (switch), hubs, repeaters or communication interfaces, eg: a modem or an interface card

Adapter – allows a computer to access a local network. Each card has a unique MAC address that identifies it in the network. A computer connected to a network is called a node.

The Ethernet architecture can be defined as a packet-switched network with multiple access (shared media) and broad broadcast (“Broadcast”), which uses a passive medium and without any central control. Provides error detection, but not correction.

The access to the medium (transmission) is governed from the stations themselves through a statistical arbitration scheme.

The data packets transmitted reach all stations (broad dissemination), with each station responsible for recognizing the address contained in each package and accept those that are addressed to it

Ethernet performs several functions that include datagram packaging and unpacking; handling of the link; coding and decoding of data, and access to the channel.

The handling of collisions is done by stopping the transmission and waiting a certain time before trying again.

There is a mechanism by which packets are sent at non-standard intervals, which prevents other stations from communicating. This is what is called channel capture.

What is the Common Industrial Protocol (CIP)?