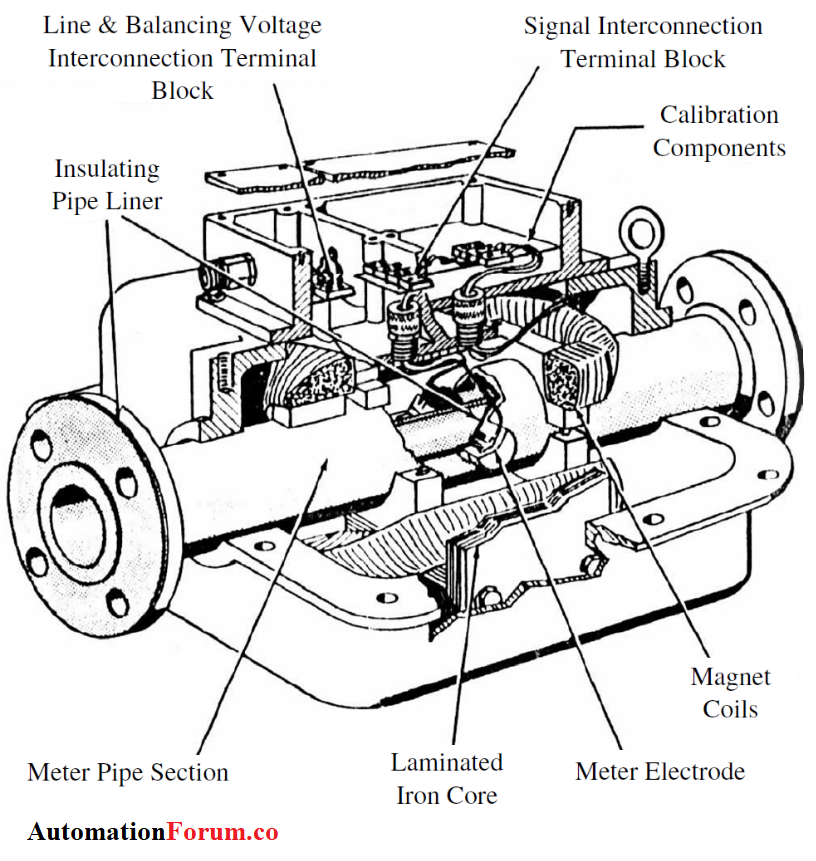 In the electromagnetic meter, the constant magnetic field is generated around the pipe by the magnet and the flowing liquid acts as a conductor.

The basic element flowmeter are – a non conducting pipe or a nonmagnetic pipe section, On alternate sides of the pipe are magnet coils which produce the magnetic field perpendicular to the flow of liquid through the pipe and in contact with the liquid, is a pair of electrodes which are located at right angles both to the magnetic field and the axis of the pipe.

This voltage is conducted by the electrodes to a separate converter which in effect is a precision voltmeter capable of precisely measuring the voltage generated and converting that voltage into the desired control signals.

Magnetic type AC line voltage is applied to the magnetic coils. The signal generated is a AC signal in the range of high μV to low mV.

And there is DC pulsed DC type magnetic flow meter. In such flow meters, the coils are periodically energized.

Why square root is used in flow measurement?