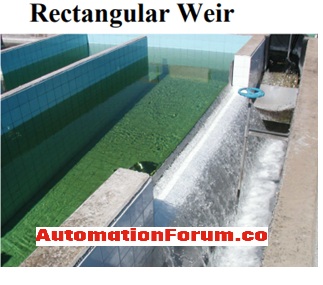 What is an open channel flow?

What is the difference between the open channel flow and the pipe flow?

What are the different types of open channel flow and how gravity would affect the flow?

How to do the open channel flow measurement?

This is a type of flow meter that would measure the flow through an open channel there would be an obstruction so when the liquid passes over this obstruction the liquid height will be measured. So this type of meter can be used to measure the liquid flow in an open channel, these meters can be used for continuous or precise flow monitoring in partially filled tunnels, pipes, canals, rivers, and streams. The open channel flow meters are easy to install, with the help of these flow meters we could determine the instantaneous flow rate by measuring the water depth or head. The open channel flow measurement is done in two ways they are weirs and flumes flow measurement.

How does an open channel flow meter work?

The water level is measured in an open channel by creating a hydraulic structure such as a weir or flume. The water depth will be converted to flow rate and this flow rate can be calculated over time and thus volumetric flow rate can be determined.

The open channel flow meter has two components and they are the primary hydraulic control element and the measuring device.

The operation of this type of flow is based on the principle that if there is an obstruction in the water channel then it would make the water back up. So because of this, there will be a high level behind the barrier. The high level is due to the flow velocity and thus we could determine the flow rate through the device. The weirs are divided according to their shape there are three major types of weirs such as V-notch, rectangular, and trapezoidal. The weir structure would act as an obstruction to the water flow and thus it would increase the water level and this can be measured.

The rectangular weir can be used to measure higher flows, these weirs are mostly used in water supplies, wastewater, and sewage systems. This type of meter would have a sharp-edged plate. A rectangular weir has sharp edges and because of this the water would flow freely and thus accurate measurements can be done. In a rectangular weir, the measuring point is not at the weir crust. The disadvantage of the rectangular sharp-crested weir is that since some of them don’t have end contractions and the channel walls affect the flow over the weir, thus the wall condition could affect the flow.

The V-notch weir has a V-shaped opening and this type of weir is used to measure low flows within a narrow operating range. This type of weir would accurately measure low discharges. In this weir, as shown in the below image there will be a ninety-degree opening and its sides will be inclined forty-five degrees with vertical. This type of weir has no crest length and due to this, it is used for very smaller flow measurements. We can use V-notch weirs in case if there is frequent low flow is present in the overall flow.  The v notch weir as discussed above is designed in a way that it would allow the fluid to travel through a small opening and because of this the depth change in the fluid can be easily determined. So a V-notch weir should be selected according to the amount of flow through the V-notch and also according to the amount of change in the flow depth.

What are the major applications notch and weirs?

This type is used when the head needs to be minimum or in case if there is a presence of suspended solids in the flowing liquid. The major types of flumes are Parshall and palmer bowlus designs. A flume is a type of flow channel which could be either on or above the ground so that the water can be transferred to the desired place. The flume is designed in a way that would restrict the channel area and it would also change the channel slope. Thus the liquid velocity would increase and also the level of the liquid would change too.

The Parshall flume has a converging upstream section and a diverging downstream section. These are mostly used for smaller installations. The head loss of this type of open channel meter is really low and these devices are capable to measure the flow over a wide range of conditions. The location of the measuring point must be selected properly to get proper hydraulic conditions through the control element. The flow rate in this device is determined by measuring the level of the liquid one-third of the way into the converging section. While choosing a Parshall flume we must consider the throat width and other dimensions.

This device can be used to measure the flow in a sewer system, and these are also easily adaptable to a variety of sewer diameters. The hydraulic principle is the same as the Parshall flume, the flow rate through this device can be determined by measuring the depth of the liquid at a point one-half pipe diameter upstream from the flume throat. These devices must be selected according to the size of the pipe into which they are going to be installed.

What is the importance of flow measurement in process control?

what is Turbine flowmeter?