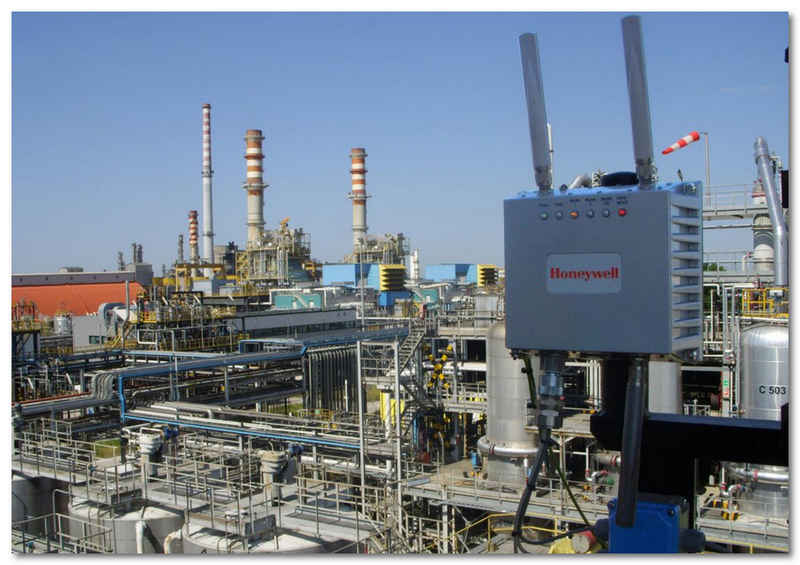 The Bluetooth standard provides data rates of 800 Kb / s for FHSS operation in the 2.4 GHz band. Due to reduced transmitter power, distances are very short.

Generally, Bluetooth devices are used to transfer data between of personal computers and mobile / cell phones. While some Bluetooth industrial products are available, this standard is not commonly used in industry.

ZigBee is a very recent standard designed primarily for wireless sensors powered by batteries. ZigBee devices can use either 868/900 MHz or 2.4 GHz ISM bands and have low transmitter power in wireless devices to fit small, embedded batteries.

An important feature of this standard is a wireless mesh whereby devices pass information from one unit to another.

ZigBee devices are emerging in building management and heating, ventilation and air-conditioning (HVAC) systems and are expected to be used in industrial applications.

WiMax is a recent wireless standard that operates in the 11-66 GHz band for fixed broadband data services. It is being developed with the standard group of IEEE 802.16.

In general, WiMax will be delivered via commercial supplier networks, although private networks are also envisaged

GSM, GPRS, CDPD, CDMA — these are various cellular standards that are used for data transmission. Although they are used for inventory management in industrial environments, they are generally not used for internal plant or factory applications

WirelessHART was developed by the HART Communications Foundation (HCF) and released in 2007. It is a wireless extension to the HART protocol (IEC 61158) already popular. It uses technologies for 802.15.4 radios, hopping channels, spreading spectrum, and mesh networking.

ISA100.11a was a standard developed by an organization called Instruments, Systems and Automation (ISA). It is an independent protocol and is designed for deployment across the plant.

How to increase Boiler efficiency?