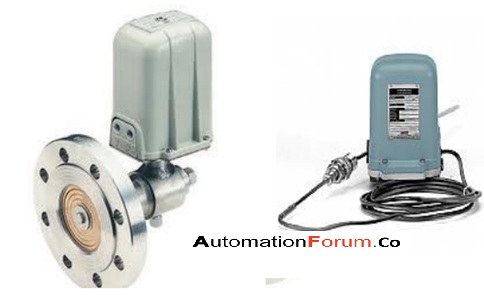 A transmitter can be described as a transducer, which would convert a measurement variable into a transmission signal. These transmitters are inevitable in process industries, in the process industries the control instruments would be located away from the process and so the measurements must be transferred from a remote location and this can be done by using a transmitter. The industrial transmitter can be explained as merging between the transducer and the signal conditioning circuit.

What are the functions of a transmitter?

What are the types of transmitters?

It is similar to the analog transmitter, it uses the similar two-wire connection that can be seen in analog transmitters but the difference is that the signal from the sensor is digitized and then the signal is transmitted with the help of a microprocessor and it also uses digital to analog converter so that it can create an analog current signal.

How does a transmitter works and what are the types of signals used in the transmitter?

A transmitter will receive the measurement values from the instruments and these values will be converted that can be easily transmitted to the controller. So the values will be converted to signals. A transmitter is known as a secondary transducer, it can convert the physical signal and also they are capable to transfer the information to a good distance too. Mostly in a process industry, three kinds of signals are used to transfer the measured value of the instrument to the control system and they are Pneumatic signal, analog signal, and digital signal.

Why do we need transmitters?

What are the advantages of smart transmitters?

What are the applications of transmitters?

So we can say that a transmitter is an inevitable device for most of the industrial applications it is also used for automation applications.

What is a manometer and for what purpose it is used?