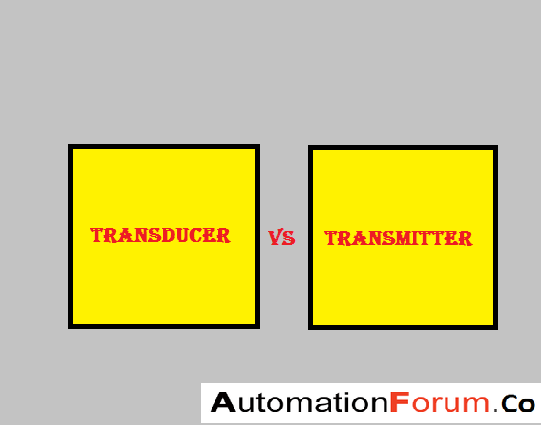 Transmitters are instruments used to generate and send electromagnetic waves which includes message or signal. A transmitter produces radio waves with the help of Antenna. Transmitter itself combines a sensor and the sensor measures the process variable and generates proportional signal.

What is the working principle of Transmitter?

How Transmitters are classified?

Transmitters are broadly classified into:

In analog transmitter, analog signal standards are used for communication. The output will be an electrical signal (current or voltage) that is in the range of 4-20milliamps. 4 represents the lower range and 20 represents the higher range.

Electronic transmitters are classified into 2-wire, 3-wire and 4-wire based on the number of wire necessary to provide transmitter power.

In addition to this, based on the parameters used in process control like pressure, level, temperature, flow level, transmitters are again classified into:

Level transmitters are used to measure liquid level, solid level within a space. These are again classified into,

These transmitter utilises the temperature ranges in process industries.

Flow transmitters are used to indicate and measure the flow in process control. A flow sensor will be there, which gives the signal flow to the transmitter to give an output 4 -20 milliamps that represents the flow process change.

What is FM Transmitter?

The working of receiver is just opposite to that of a transmitter. For example, in a radio receiver, it uses an antenna to capture the radio waves, processes those waves to get the desired frequency .

What is Transducer?How transducers classified?

The non-electrical quantity is converted into an electrical form for using electrical methods and techniques for measurement, manipulation and control. The device which when actuated, transforms energy from one form to another is called a transducer.

Transducers are broadly classified into:

Comparison between Transducer and Transmitter?

The difference between transducer and transmitter are as follows:

Transducer and transmitter convert energy from one form to give a specific output. Hence, a question arises that where to use transducers and where to use transmitters? Virtually both does the same operation. The main difference is that the kind of electrical signal each sends. A pressure transducer is feasible for a situation where the process are short, that is in electronic circuit enclosure. Because they tend to be smaller in size. Also there are only very few electronic active components present. The below diagram shows a differential pressure transmitter.

The above mentioned are the main difference between a transducer and a transmitter.

What is a butterfly valve and what is it used for

What is a gate valve? What are they used for

What is a flame detector and how does it work