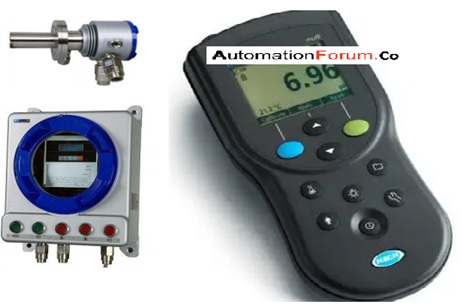 The oxygen analyzer is a device that can be used to check the level of oxygen in a system and this device is widely used for many industrial applications. So by using this device we could know if the oxygen level is normal or it should be increased or not. The operation of this device is done by using an oxygen sensor and this sensor cell would be made up of ceramic material. The sensor cell will be very useful to do the accurate measurement. The response time of this device is very quick, it would respond in milliseconds, and because of this feature we can save time and efficiency can be improved too. Oxygen analyzers are used in many power plants that use pulverized coal-fired boilers, so here the oxygen analyzer acts as a combustion control device.

What are the features of the oxygen analyzer?

The oxygen analyzer is an inevitable device in a large variety of industrial and biological oxidation and combustion process. The oxygen analyzer can be dependent on the paramagnetic and electrical properties of the oxygen or it would use the catalytic combustion techniques too. The response time of this device is very quick and this would help us to check the process conditions competently and methodically. The sensor that is used in an oxygen analyzer will last long, so we can rely on this device. This device gives users scalable and analogous output.

Mostly this device uses a galvanic oxygen sensor and it would last long and doesn’t need any maintenance. The sensor has two electrodes one is the cathode and the other one is the anode. The cathode is exposed to the atmosphere and the anode is submerged in a hydroxide solution, when the oxygen diffuses through the membrane then the electrochemical reduction of oxygen in the cathode and in the anode oxidation will happen and this will produce an electrical current. The produced current will be proportional to the partial pressure of oxygen in the sample atmosphere, this electrical current will be checked and temperature compensated and after that, it will be amplified to the drive of the display.

How does a zirconia oxygen sensor work?

What are the advantages of a zirconia oxygen analyzer?

What is the disadvantage of zirconia oxygen analyzer

In this type, the paramagnetic properties of the oxygen are used, and the operating principle is based upon the attraction of a paramagnetic substance towards a field of higher magnetic intensity. This device has a glass dumbbell and it is placed between the poles of the magnet. The magnet that is used will be wedge-shaped, in order to keep the field between them unequal. So when the oxygen is applied to this then the oxygen molecules will be attracted to the strong magnetic field and this would cause the dumbbell rotation, in order to restore the normal position of the dumbbell an opposition current will be applied. So the current that is required to maintain the dumbbell in its normal state will be directly proportional to the oxygen percent.

What are the advantages and disadvantages of a paramagnetic oxygen analyzer?

How to install an oxygen analyzer

It should be installed in a place where the temperature range should be 0 to 50 degrees Celsius and the humidity must be less than 80%RH and thus the device won’t be affected by strong electromagnetic disturbance, vibration, and collision. The instruments connecting wire must be connected according to the instructions given in the nameplate and the nameplate can be seen in the back of the instrument. The mounting of the oxygen sensor must be done in proper temperature and humidity range and it is mentioned above. The sample gas that is sent to the oxygen sensor must be clean and it must not be corrosive.

How to calibrate oxygen analyzer

By this, we can determine the linearity of the sensor, in order to do this test, we must place the sensor in a stream of non-oxygen concentration between ninety to hundred percent until the reading stabilizes after that calibrate to match this concentration. After this step measure the room air and it should be 20.8% a linearity variation of 2% is acceptable because of the method of sample introduction and the precision of initial settings. If the variation is greater than 2% then repeat the test again and if it still remains the same then the sensor must be replaced.

What are the uses and applications of oxygen analyzer?

What is a flame detector and how does it work

What is a water cut meter and where is it used?

What is a proximity sensor and what is it used for