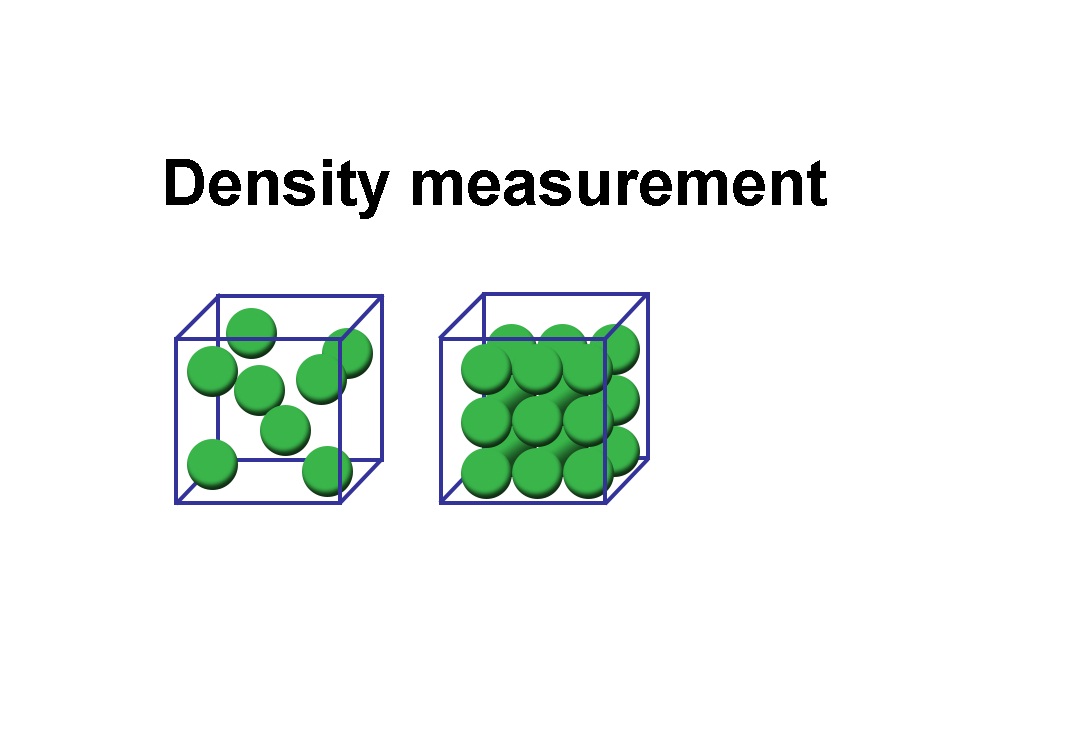 Density is defined as the mass per unit volume. Specific gravity is a unitless measurement. It is the ratio of the density of a substance to the density of water, at a standard temperature. This term is also referred to as the relative density.
The measurement and control of liquid density can be quite critical in industrial processes. Density measurement gives useful information about composition, concentration of chemicals or of solids in suspension.

Density can be measured in a number of similar ways to level:

Density measurement by radiation is based on the increased absorption of gamma radiation for an increase in specific gravity of the material being measured. The main components of such a system are a constant gamma source (usually radium) and a detector. Variations in radiation passing through a fixed volume of flowing liquid is converted into a proportional electrical signal by the detector.This type of measurement is often used in dredging where the density of the mud indicates the effectiveness of the dredging vessel

Constant level overflow tanks are the simplest for measuring as only one differential pressure transmitter is required. However applications with level or static pressure variations require compensation.

Increases in temperature cause expansion of a liquid, altering its density. Not all liquids expand at the same rate. A specific gravity measurement must be corrected for temperature effects in order to be completely accurate in terms of reference conditions for density and concentration, although in most cases this is not practical. In applications where specific gravity is extremely critical, it is possible to control the temperature to a constant value. The necessary correction to the base temperature can then be included in the density instrument calibration