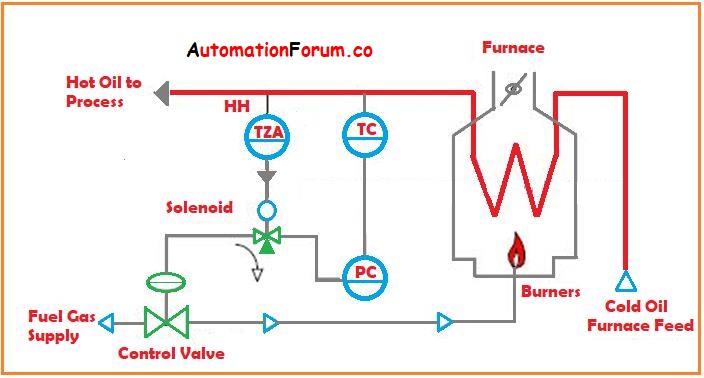 What is an emergency shutdown system?

An emergency shutdown system is an automatic protection system that acts to shut down the part of the plant unit in case of occurrence of any potential dangerous state. In some countries, this is referred to as a safety instrumented system (SIS).

An emergency shutdown system is a safety system that is designed to reduce the consequences of an emergency in all parts of the industry.

This is normally done by monitoring the state of field instruments such as sensors, valves that are mounted in the field, and the trip relays and inputs to a control system as alarms.

The control system determines the cause and effect type analysis to protect the facility and persons.

It is not required to shut down the entire plant completely in case of an emergency shutdown system. But sometimes this may be more dangerous.

The most common configuration of solenoid-operated valves in an emergency shutdown system is the three-way solenoid valve.

In case of an emergency shutdown system.

During the normal operation, the solenoid valves are energized through electric current and the instrument air signal is allowed to pass through to the control valve actuator.

When the solenoid valves are de-energized by electric current failure, remote hand switch, or by an automatic emergency trip, the air supply is isolated and the instrument air from the control valve is vented to the atmosphere.

In the absence of an instrument air supply, the control valve is then moved to its fail-safe position.

Let us consider an example of the solenoid valve used for switching an  emergency air signal, in a combustion control loop in the furnace as shown below.

The pressure controller PC is used to control the pressure of fuel gas to the burners indirectly by cascade control of the fuel gas.

If the temperature of the heated oil exceeds its upper safety limits High-High, denoted by (HH). Then the high-temperature trip instrument TZA will de-energize the solenoid valve in the signal line between the pressure controller and the control valve will close to its minimum stop.

When the temperature falls below the safety limits HH. The solenoid valve is re-energized permitting the fuel gas into the burners for more heating.

In the event of a fire in a plant, a fire damper control system may override an existing control system to open or close vents as required and closes the fire doors.

When the system detects a hazardous situation here rapid venting is required and is one of the critical conditions that a safety system can react to that problem, or it must prevent the event of the occurrence of the hazardous situation.

Upon detection of a fire the system will shut down all plant equipment to avoid damage by containing the fire and avoiding the flow of oxygen into it to get burned out, but if smoke was detected they may want to vent the smoke out, therefore switching on plant equipment to do so.

The emergency shut down systems have their logic controllers that react much faster than a normal Programming Logic Controllers within milliseconds count and can be the difference between a catastrophic failure and a problem in a plant system.

What are the levels of safety integrity level?

Safety systems are classified based on risk and probability. This is also known as safety integrity level (SIL).

There are 4 levels of safety integrity level (SIL).

SIL Level 1: This level represents integrity that is required to avoid minor incidents and is satisfied by a certain degree of fault-tolerant designs by using safety guidelines that follow good practice.

SIL Level 2: This level represents integrity that is required to avoid major or serious incidents, but limited incidents sometimes may also result in serious injuries or death of one or more faculty or employees.

When designing the safety system, the required level, and associated risks are considered by using a safety matrix.

This system will monitor the risks of all SIL levels, and attach a probability and consequence to them, to get to the required safety integrity level required for the safety system.

An emergency stop pushbutton in a panel box, or inside the machine cell, the emergency shutdown system can detect potential failures based upon field instruments such as sensors, valves, and trip relays and reacts immediately than human beings to stop the escalation of a small problem becoming a catastrophe

In case of any emergency in shut down of particular unit of the plant, we need to take a quick action to close the valve which is called a failsafe mode.

The control valve can also be closed by use of a smart positioner or by a pneumatic positioner. Here the closing action of the control valve is slow or we can say it closes gradually and it takes some time say a couple of seconds.

But for an emergency, we need to close it quickly. The solenoid-operated valve acts as an ON/OFF switch. This SOV is connected between positioner and actuator for quicker action called emergency shut down.

On commanding for the quick close of the control valve the solenoid-operated valve closes the inlet port and blocks the incoming air coming from the smart positioner or pneumatic positioner. And the air inside the actuator is vented out through the exhaust port.

What is an emergency shutdown valve?

An emergency shutdown valve is known as a safety shutoff valve. It is a type of actuated valve which is designed to restrict the hazardous fluid flow upon the detection of dangerous events in a plant.

This valve protects against possible harm to the people, equipment, and the environment. Shutdown valves are referred to as part of a safety instrumented system (SIS).

Functional safety:  It is the process of providing automated safety protection for the system when a hazardous event is detected.

Shutdown valves are primarily associated with the process industries such as the petroleum industry, oil and gas industry, and power plants that also require this type of protection system.

These safety shutoff valves should be in a fail-safe mode that is valves must get closed immediately upon the failure of any element of the input control system such as a temperature controller, pressure controller, air pressure, fuel pressure, current from a flame detector, or other safety devices such as low water cut off, and high pressure cut off.

What is a blowdown valve?

A blowdown valve (BDV) is a type of shutdown valve that is designed to de pressurizes a pressure vessel by directing vapor to a flare, vent, or blowdown stack in an emergency. Blowdown valves are fail-safe to the open position upon failure of an input control system.

The types of actuation and performance measurement of these types of valves are similar to an ESD valve.

How does an emergency shutdown system work?

An emergency shutdown system works by determining a critical condition within a system and then activates to quell possible leaks, explosions, or other types of major malfunctions. The activation of an emergency shutdown may include: Shut down of equipment or a part of a system.

What are the three types of solenoids?

Different types of solenoids are

These are the type of solenoids that have a coil that magnetically opens the valve in direct action, causing the shaft and the seat of the valve to shift.

What is Governor and how it is used in Turbine?

What is Solenoid Valve ? How it works?