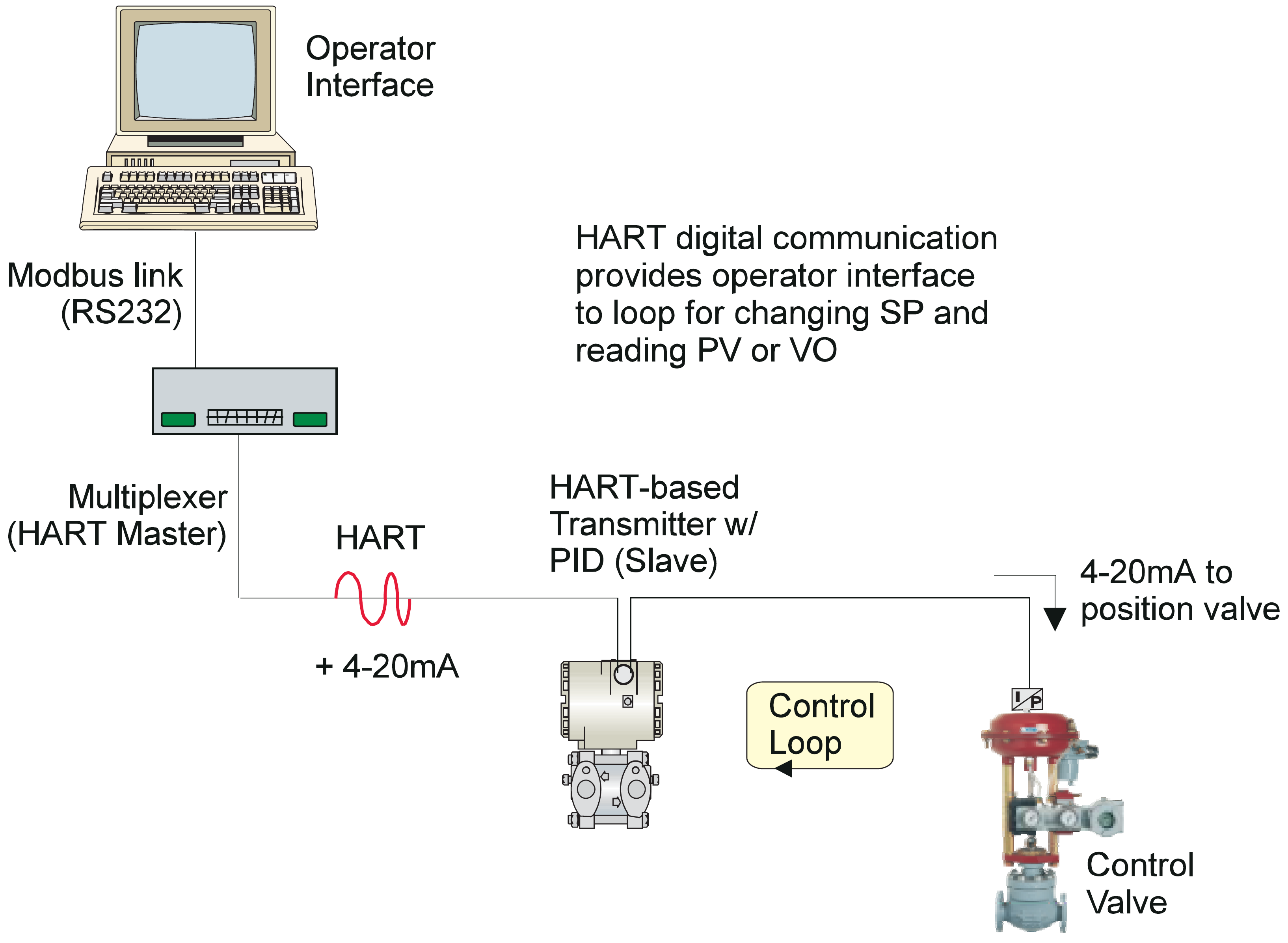 A slave equipment manufacturer uses DDL to create one software file with all relevant equipment characteristics, so a DDL-capable host can communicate fully with the equipment

Hand-held universal communicators capable of configuring any HART-based DDL-based instruments are available from several manufacturers. Other application organizers (hosts) that understand DDL are starting to appear. A central library of all Device Descriptions that match HART is arranged by the HART Communication Foundation.

The protocol capability is quite clearly illustrated in the image control diagram below. This innovative application uses the main features of the HART protocol where both 4-20 mA analog signals and digital communication signals are sent together via the same cable.

In this application, the transmitter that is in accordance with HART has the ability of internal PID control. The equipment is configured so that a 4-20 mA output current is proportional to the output of the control of the implementation of the PID algorithm in the equipment (not the measured variable as in most transmitter applications). Where the 4-20 mA current is set from the PID control output, it is used directly to adjust the valve position

The control loop performs everything in the area between the transmitter (with PID) and the control valve. Action control is continuous where traditional 4-20 mA analog signals control valves. HART digital communication connects the operator with a control loop to change the set point, and reads the main variable or output valve position.

What is an HMI? What is HMI used for?