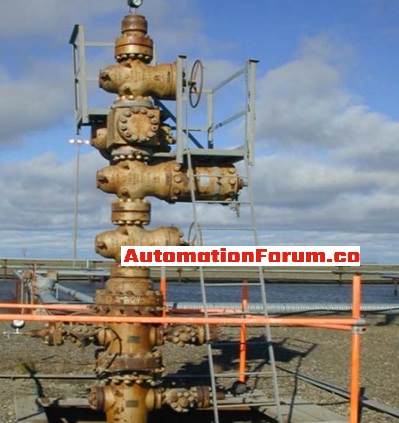 The subsurface safety valves can be installed and retrieved by wireline or pump down method. The most common type is the wireline retrievable and it is set in a landing nipple or on a slip lock device. The subsurface safety valve will be attached to a mandrel which is located, locked, and sealed inside the landing nipple. A flow coupling must extend at least three feet above and below the landing nipple. Mostly this type of valve operates if there is an increase in pressure drop across the chock or decreased tubing pressure and this would cause the valve to shut. The subsurface safety valves are set to close on velocities higher than normal production rates and this is achieved by installing spacers and chokes in the valve. If improper spacers or chokes are installed then the valve won’t close at the required velocity. The depth at which the safety valves are installed is related to the well, environment like offshore or onshore, production characteristics, and also according to the safety valve characteristics.

What are the requirements for a surface safety valve?

How subsurface safety valve operates and what are its types?

A subsurface safety valve would operate if there is a change in operating conditions at the valve in order to do the closure mechanism. These valves are mostly unidirectional flapper valves and they are directed in a way that the flapper would open downwards if the pressure is applied from the upward direction. The flapper can only open in the downward direction on a safety valve it can remain close and this makes the subsurface valve fail-safe. In order to open the valve a hydraulic signal is sent from the surface control panel, the hydraulic pressure would open the flappers of this valve and the valve would close if there is no hydraulic pressure. There are two models of the subsurface safety valve.

The velocity type subsurface safety valve has an internal orifice and this will be specially sized to the flow characteristics of the well. So this type of safety valve would be normally open and it will be closed if there is an increase in flow rate across the orifice. So in this case there will be a pressure drop or differential pressure across the valve which causes it to close. This valve would reopen if the pressure is equalized across the valve.

There is another type of subsurface valve which is called the gas-charged, or the low-pressure valve. These valves are normally closed and the bottom hole pressure must be higher than the preset pressure value for the valve to remain open. If the well-flow rate becomes too high and the bottom hole pressure falls below the preset value of the valve, then the valve will close automatically. The valve can be opened by applying pressure to the tubing string. So subsurface valve would only work properly if the well is capable to flow at sufficient rates to close the valve.

What is a surface controlled subsurface safety valve?

This type of safety valves are hydraulically controlled from the surface and these valves would shut in the well automatically in case of failure or damage to the wellhead equipment, production facilities, or the flow lines. These valves are designed in a way that they can provide a wide range of protection and they are not affected by the changes in the flow rates. These valves are controlled only by the variables the system is monitoring, mostly pilots are installed to check all the variable conditions in case of any disaster or any event outside of predetermined limits and thus the well is shut in automatically.

What are the type of surface controlled safety valve?

The operation of this valve is done by using hydraulic pressure from the surface, there will be a control line that runs to the depth of the safety valve. The loss of hydraulic pressure will result in the closure of the valve. There will be some monitoring devices which is linked to the subsurface safety system. Each of these monitoring device will be linked to the subsurface safety system. These monitoring devices will be set to monitor various flowing and shut-in parameters and it would close the valve if there is any hazardous situation.

Most gas wells use tubing retrievable valves and its inside diameter is the same as the tubing diameter. This type of safety valve is more robust and has a good internal flow diameter, due to this turbulence will be decreased and the production capacity can be increased. In order to open the valve, hydraulic pressure is used and this will be applied to the valve by using a control line and the control line will be attached to the completion string by means of a special clamp. The major benefit of this valve is that it provides full bore unrestricted flow through the flapper or the ball valve.

This type of valve would provide a flow barrier in the casing tubing annulus. It has an annular safety valve packer with a bypass. The bypass opening is controlled by a safety valve and it could be an integral part of a packer or a wireline retrievable valve. This valve is a surface-controlled fail-safe closed device for annular flow. These valves are installed in gas lifted wells where is the annulus is filled with compressed gas and serves as a barrier.

What are the factors that could cause the failure of subsurface safety valves?

What are the advantages of a subsurface safety valve?

What is an emergency stop valve?

What is a pump?

How to Select a Pneumatic Manifold?