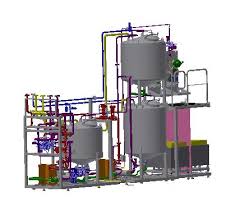 Common Industrial Protocol is an ODVA-supported open industrial protocol. It is used and used in EtherNet / IP, DeviceNet, CompoNet and ControlNet for industrial automation applications.

It includes a full set of messages and services for collecting automation applications for manufacturing–control, safety, synchronization, movement, configuration, and information.

It permits users to integrate these manufacturing applications with enterprise-level Ethernet networks and the Internet. CIP is truly media-independent and supported by hundreds of vendors globally.

CIP is in the upper layers a strictly object-oriented protocol. Each object of CIP has attributes (data), services (commands), connections, and ( between values and services of attributes).

CIP includes a wide object library to support general-purpose network communications, network services such as file transfer, and typical automation functions such as analog and digital input / output devices, HMI, motion control and feedback from position. The same object or group of objects used in two or more devices acts identically from device to device to provide interoperability.

CIP Sync is an extension to CIP synchronization time. It is based on the recent IEEE-1588 standard – Precision Clock Synchronization Protocol for Networked Measurement and Control Systems – which provides the extended control coordination necessary for sequencing the recording of demanding events,

It is an extension to EtherNet / IP that allows field devices and motion drives to be integrated on the same network while at the same time purging the requirement for a separate network optimized for movement. This results in lower system costs, enhanced system performance, and significantly reduced system complexity.

It provides the ability for seamless integration and enhanced flexibility to have a blend of safety devices and standard devices on the same network or wire.

What is Resonant Wire Pressure Transducer?

What is DDL (Device Description Language)?