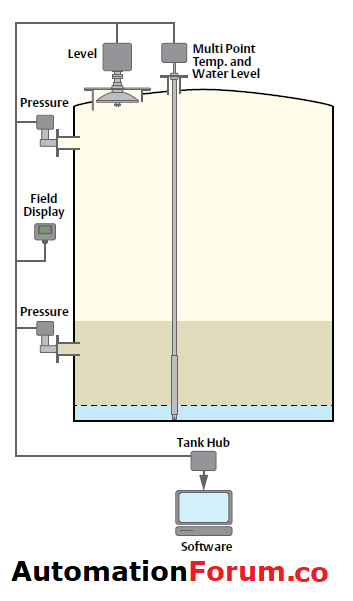 What is Hybrid tank gauging system?

Hybrid gauging system is mostly used in petroleum industries, where online measurement of level, density and temperature are required.

There is an extra pressure sensor and no level gauge system in the Hydrostatic Tank Gauge (HTG) scheme. Only the density between the P1 and P2 sensors calculates the product density in the HTG scheme.