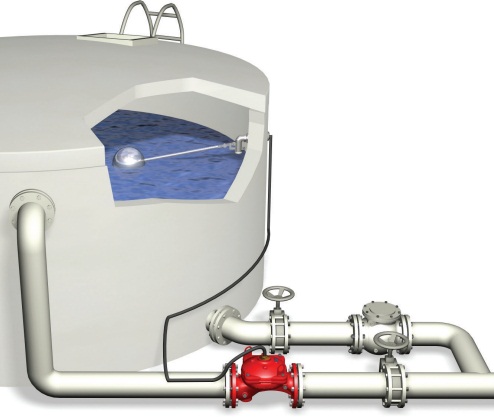 When the level rises to the configuration, the floating pilot [5] accelerates, the pressure in the control chamber
it builds up causing the main valve to accelerate, reducing the filling rate and, finally, closing the hermetic seal

When the level drops, the float pilot releases pressure from the control chamber and makes the main valve
modular open The needle valve [1] can be adjusted to control the closing speed of the main valve
The cock valve [6] allows manual closing.

Secured closing, even after long periods of the valve being open, is ensured by the fully developed hydraulic closing force applied over the peripherally and fully supported, single piece, balanced rolling-diaphragm, vulcanized with a rugged radial seal disk