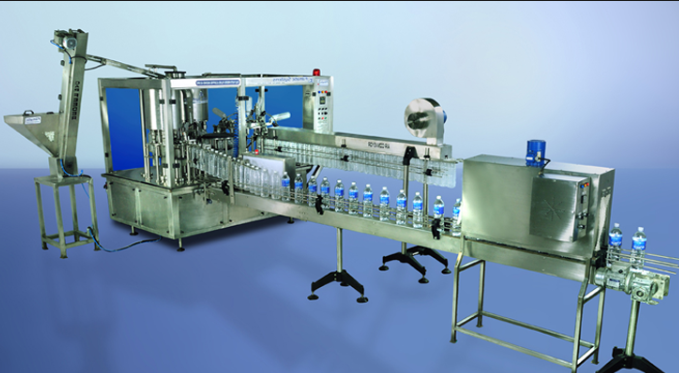 This is one of the important application of PLC in the bottle filling industry where we want our bottles, which are moving on the conveyor belt, to be automatically detected at the appropriate position and get it filled by any desired liquid and also after getting filled the queued bottle gets chance to be filled. If this whole process is carried out manually it will really take a long time and also the quantities will be quite lesser. So PLC becomes requisite controller for these types of industry. Here also just a small demonstration of the process was performed with the help of PLC where a ladder diagram was created to control the process and the ladder diagram was run the PLC trainer kit to see its justification.

We will implement a control program that detects the position of a bottle via a limit switch then waits for 0.5 secs, and then fills the bottle until a photo detector detects the filled condition of the bottle. After the bottle is filled ,the buzzer sounds and the control program will again wait for 0.7 secs. before moving to the next bottle .Until the limit switch signals ,the feed motor,M1 runs while there are fixed rollers which carries the filled bottles. Motor,M2 keeps running after the process has been started

Once the start button is pressed the bottle filling system is turned on , the green light (L1) turns ON and remains ON until stop button is pressed.As light turns ON out feed motor(M2) starts running.After M2 runs and if either limit switch(LS) has not signalled or filled bottle condition is fulfilled motor(M1) starts.After limit switch has signalled timer,T1 gets activated. After T1 gives done (DN)signal and photo eye detector (PE) is disabled ,solenoid valve gets in operation.As PE signals solenoid stops and buzzer(B1) sounds after which timer,T2 gets enabled which stops the process for 0.7 seconds. Once the filled bottle condition is activated the cycle starts again. The ladder diagram was successfully checked in the PLC simulator and all the prescribed conditions were observed completely

How to install a PLC and how to do the PLC wiring?