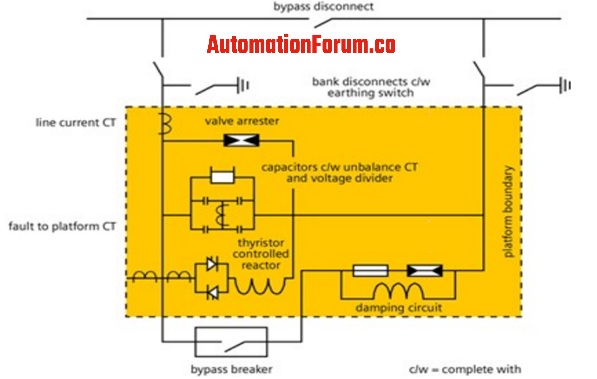 FACTS can be described as the modification of the AC transmission system by using power electronics or with the help of other static controllers. There are many limitations for the large AC system and some of them are voltage stability problems, reactive power problems, steady-state stability, transient stability, frequency control, etc. So in this system, there will be electronic devices used with the static equipment in order to control the power line transmission and thus quantity and quality of the AC power transmission can be improved. So by using this in an AC transmission system the power transfer capacity, stability, and reliability can be improved a lot.

What are the major problems that can be seen in power transmission?

The overhead line should have the proper thermal capability, the thermal capacity is the ability to handle the temperature, wind conditions, conductor conditions and this can be achieved with the help of the FACT system.

The transmission lines could increase the operating voltage over time and this can be controlled with the help of FACTS.

What are the major functions of FCATS?

How does a flexible AC transmission system operate?

The FACTS can be described as a collection of controllers like phase shifters, static var compensator, etc. The major operation of the FACT system is by varying the apparent impedance of a particular transmission line so that the flow of power can be improved over the required path. So by controlling the impedance of the transmission line with the help of the electronic devices in the FACT system we could achieve a constant power flow in the required path. The power flow can be maintained in case of any variations in the load levels in the AC network and also in case of any contingencies. Mostly we can use FACT devices to do the dynamic control of the voltage, it can also control the impedance and phase angle of high voltage AC transmission lines.

What are the types of FACTS devices?

This can be described as a variable impedance connection to the line, so this type would inject the current into the system and the dynamic stability can be increased. By doing so the capacitivity of the transmission line can be decreased, the current which is injected will be in phase with the line voltage.

This is a series controller combination and both these controllers would be capable to do the series compensation, and the real power transfer can be done smoothly. This would control the amount of real and reactive power flow in a transmission line and thus the transmission system utilization can be increased.

This device would do the regulation of the voltage by controlling the amount of reactive power and this will be done by adding or removing the reactive power. This device consists of fixed capacitor banks and it would be connected in parallel to the reactor. The reactor will be controlled by the thyristor switch and the capacitor bank would do the dynamic shunt compensation. The SVC is a type of parallel controller, this device would impose or add capacitive or inductance reactance to the line. So if the system voltage is low then reactive power is generated with the help of capacitor banks and if the voltage of the system is high then with the help of reactors it can be decreased.

This is very similar to the SVC and the only difference is that the capacitive and the inductive output current can be controlled independently of the system voltage. The damping ability of the STATCOM is really better than the SVC, the STATCOM could be a current-based or voltage-based converter. We can use this FACT device in electrical networks that have very poor power factors and voltage regulation. This device can be used for voltage stability and also to provide better reactive power support in case of low AC voltages

This device can control the capacitive reactance of the line, continuous power control in a transmission line can be achieved by this device. In this device, many compensators could be connected in series in order to achieve the required voltage rating and also the operational requirements. The TCSC is composed of a series capacitive bank and it will be shunted by a rector which is thyristor controlled so that proper variable capacitive reactance can be achieved.

What are the advantages of FACTS?

What are the applications of FACTS?