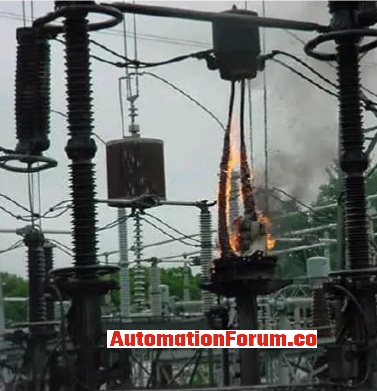 What is a dielectric strength?

The dielectric strength can be described as the ability of the insulating material to handle electrical stress. This dielectric strength of a material is dependent upon how the material is used like the temperature it is subjected to, voltage frequency, field distribution, and also the duration of the stress. If a cable is subjected to certain conditions that exceed its specified insulation range, then there will be discharge and it can be classified into two types partial discharge and complete break-down.

Where could partial discharge occur and how does it occur?

The partial discharge activity can be seen in all kinds of high voltage devices from the switchgear to the transformers and it can also be seen in overhead lines. The partial discharge is the cause of major failures, but it can indicate the condition of the insulation. The equipment which is subjected to partial discharge are cables, circuit breaker, insulators, generators, surge arrestors, bushings, motors, and capacitor. The partial discharge would take place if the electric field is higher than the breakdown field of an insulating medium. Field strength inside a void exceeds the stress of the surrounding dielectric and so due to this discharges occurs in the void above a definite voltage and this can be measured externally and can lead to the erosion of the surrounding material. The dielectric strength of the gases is usually low when compared to the dielectric strength of solid, liquid, or impregnated dielectrics.

What are the benefits of online partial discharge measurement?

What are the causes and effects of a partial discharge?

If we apply high voltages to a device that produces partial discharge then we can notice that the effect would start at certain voltage level. If this is started then we must reduce the voltage to a lower voltage before it ceases. So these two voltages are called inception and extinction voltages. The partial discharge could occur during the AC voltage testing and this could occur at certain times during the positive and negative half cycle. If this takes place with proper magnitude according to a certain time then arching will damage the insulation. A tree-like pattern will be created in the dielectric and this would lead to failure and this is called erosion breakdown.

What are the types of partial discharge ?

It occurs because of the presence of cavities in solid or liquid insulation and the discharges are formed when the gas within the cavity is over-stressed.

This type of partial discharge is caused by the formation of conducting path on the dielectric surface because of the surface erosion under-voltage applications.

This type of discharge happens because of the presence of inhomogeneous fields. During this process, there could be a hissing sound, violet glow, production of ozone, and radio interference.

What is a PD test and what are the types of partial discharge testing?

By the PD testing, we are doing predictive maintenance and it would help to detect the partial discharge in cables and accessories, and thus we can replace it before a major failure occurs and if it is unchecked then the failure of equipment or the system which the cable is used could be affected and this can be avoided by doing a PD testing. The PD test would detect the insulation defects and also it can detect the insulation deterioration due to its operating conditions.

Problems that can be detect by PD tests are

We can use sensors to detect the partial discharge, by using special sensors we can detect partial discharge at system voltage. Most sensors are used in areas where it is hard to access or in places where there is a safety concern. We can use permanently mounted sensors for periodic online PD detection. The sensors are attached to the equipment by the engineers and they will remain on the equipment for the online diagnostic information.

These sensors would be connected to the splice or termination by using the frequency spectrum of the discharges. The PD signals from a cable system can be detected by using external inductive or external capacitive sensors. Built-in capacitive sensors are also used to do the PD measurement. Capacitive couplers are used in rotating machines in order to detect the PD.

This is an AC high potential testing and this test is a replacement for the DC hi-pot testing because the DC testing is destructive and it is not capable to determine the insulation quality. The VLF testing is used to do the hi-pot or to do the withstand testing in cables this type of testing is also suitable for transformers, switchgear, rotating machines, etc. So in this test high voltage will be supplied to the insulation it is a withstand test, so high voltage will be supplied to the dielectric for fifteen minutes and the supply frequency will be 0.1HZ.

When problems occur in medium and high voltage electrical equipment like the partial discharge and corona then it will create a sound wave and it can be detected by ultrasonic testing. This type of testing is done without disrupting the plant operation. This type of testing is a reliable method to check for partial discharge. In this type piezoelectric transducer is used to convert the acoustic energy into electric energy, accelerometers, and acoustic emission sensors are the sensors that are used for acoustic detection.

What is insulation testing and why it should be done?

What Does Multimeter Mean?