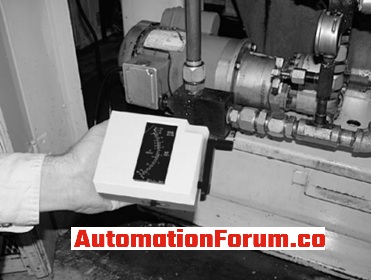 Why should we do insulation testing?

When an electric current is sent through a conducting wire it would reach the destination but due to certain reasons some of the electric current would be lost along the way. So we need to do the insulation testing to check if there is any leakage of current and this current leakage could be harmful. Insulation resistance testing is really important to prevent damage and injury. This test must be conducted to ensure the reliability of the electrical systems and also the equipment. The electrical resistance of insulating material is to direct a voltage, and it can be detected by measuring the leakage of current which flows through the insulation. By doing an insulation resistance test we can determine if the equipment is in proper condition, and we can almost detect the service life of the insulation by this test.

The insulation testing must be done when installing a new electrical machinery, so while testing this equipment we can make sure that the insulation is in proper condition for the operation and it would also be useful as a reference for the future testing.

What are the problems that could happen if there is an insulation failure?

What is a good insulation?

What is the reasons for the insulation to go bad?

What is a total current in insulation testing?

What are the procedures that must be done before doing insulation testing?

What are the factors that would affect the insulation test?

How insulation test is done?

The insulation tester leads must be connected between one phase conductor and earth. We must select the proper test voltage and duration for the testing. Before disconnecting the test leads the test object must be discharged through the ground. The actual insulation resistance could be high or low according to the factors such as temperature and also the moisture content of the insulation

What are the types of insulation resistance test?

This type of insulation testing would be very useful while the installation of the new electrical equipment a proof testing can determine the errors in the system and also the incorrect installation. This test is done by applying a DC voltage through the de-energized circuit using an insulation tester. In order to do a successful test, there shouldn’t be any failure during the duration of the measurement. The proof testing voltages will be very high when compared to the routine maintenance test method. We can determine the test voltage by checking the nameplate of the device which is going to be tested. The proof test can be done in any equipment without considering its capacitance, mostly it is done with a single voltage and this voltage will be between 500 and 5000v and the test duration will be one minute. The test voltage will be higher than the manufactures rated voltage.

In this type, the test voltage will be applied for a certain period of time it could be ten minutes. So after applying the voltage the readings are taken up to three or four times in a minute and this will be done for the whole process. So readings will be taken, for almost ten minutes. So this testing is done by taking successive readings at the fixed time intervals and this testing will be really effective if there is a presence of moisture or contaminants. So as we discussed above the absorption current will be initially high and gradually it will be reduced. So if the insulation is good then the resistance level will increase but if the insulation is not good then resistance will be flattened out.