Variable area flow meters are used to measure the volume flows of liquid and gases.

It consist of vertical conical measuring tube which widens upwards and a specially formed float which can move up and down freely in the measuring tube. 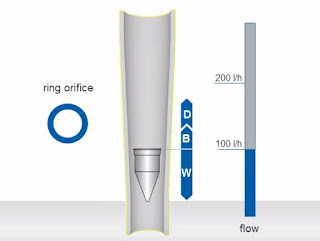 When there is no flow, gravity keeps the float at the bottom end of the measuring tube.
As soon as the medium flows through the tube from bottom to top the float rises again until the acting forces are in balance.

W and B = Constant 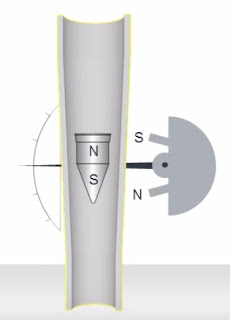 How does the Turbine work?