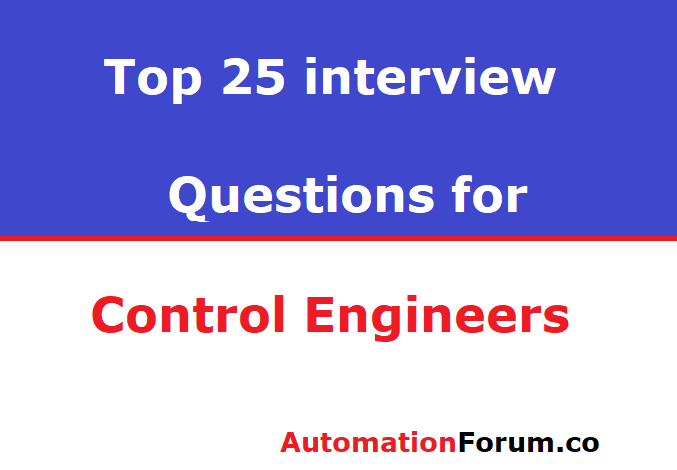 1. What is a control system?

The control system the output and inputs are interrelated in such a manner that the output quantity or variable is controlled by input quantity, then such a system is called system.

2. What are the different types of control systems?

3. What is feedback in control system?

4. What is the effect of positive feedback on the stability of the system?

5. What is the frequency response?

The bandwidth is the frequency range for which the system gain is more the 3db. The bandwidth is a measure of the feedback system’s capacity to reproduce the input signal, the features of noise rejection, and rises time.

The cutoff rate is called the slope of the log magnitude curve near the cutoff. The cut-off frequency shows the capacity to distinguish between the signal and the noise

The gain margin is defined as the reciprocal of the magnitude of the open loop transfer function at phase cross over frequency.

The phase margin is the amount of phase lag at the gain cross over frequency required to bring system to the verge of instability.

The bode plot is the system’s transfer frequency response plot. There are two graphs in a bode plot. One is the plot of of sinusoidal transfer function VS . The other is a plot of the sinusoidal function stage angle

12.What is Nichols chart?

The chart consisting if M & N loci in the log magnitude versus phase diagram is called Nichols chart.

A device inserted into the system for the purpose of satisfying the specifications is called as a compensator.

The transmittance is the gain the signal acquires when it moves in the signal flow graph from one node to another.

The servomechanism is a feedback control system in which the output is mechanical position.

The order of a model is the order of the system regulating differential equation. The system order can be acquired from a specified system’s transfer function.

19. What are the different types of controllers?

20. Why the derivative controller is not used in control systems?

The derivative controller produces control measures depending on the rate of change in the error signal and produces no corrective steps for any constant error.

21. What is the disadvantage in the proportional controller?

23. What is the necessary condition for stability?

All the coefficient of the characteristic polynomial be positive.

24. What is the mathematical model of a control system?

Control system is the set of connected physical components to serve an goal. Differential equations govern the output and input relationship of different physical systems. A control system’s mathematical model is a collection of different equations.

25. What is Time response of the control system?

What is grounding in electricity and Types of grounding

Deaerator- What are deaerators?, working, construction.