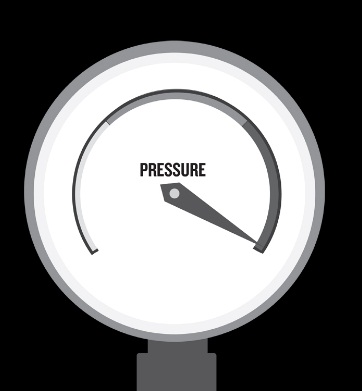 There are different kinds of pressure sensing elements that are used in the industries.we are going to discuss about such pressure detectors in this session.

Due to their robust construction, bourdon are often used in harsh environments and high pressures, but can also be used for very low pressures; the response time however, is slower than the bellows or diaphragm.

Bellows type elements are constructed of tubular membranes that are convoluted around the circumference.The membrane is attached at one end to the source and at the other end to an indicating device or instrument. The bellows element can provide a long range of motion (stroke) in the direction of the arrow when input pressure is applied

A diaphragm is a circular-shaped convoluted membrane that is attached to the pressure fixture around the circumference . The pressure medium is on one side and the indication medium is on the other.

The deflection that is created by pressure in the vessel would be in the direction of the arrow indicated.

Diaphragms provide fast acting and accurate pressure indication. However, the movement or stroke is not as large as the bellows

There are two different devices that are referred to as capsule. The pressure is applied to the inside of the capsule and if it is fixed only at the air inlet it can expand like a balloon. This arrangement is not much different from the diaphragm except that it expands both ways.

The capsule consists of two circular shaped, convoluted membranes (usually stainless steel) sealed tight around the circumference. The pressure acts on the inside of the capsule and the generated stroke movement is shown by the direction of the arrow. The second type of capsule is like the one shown in the differential pressure transmitter (DP transmitter). The capsule in the bottom is constructed with two diaphragms forming an outer case and the interspace is filled with viscous oil. Pressure is applied to both side of the diaphragm and it will deflect towards the lower pressure.