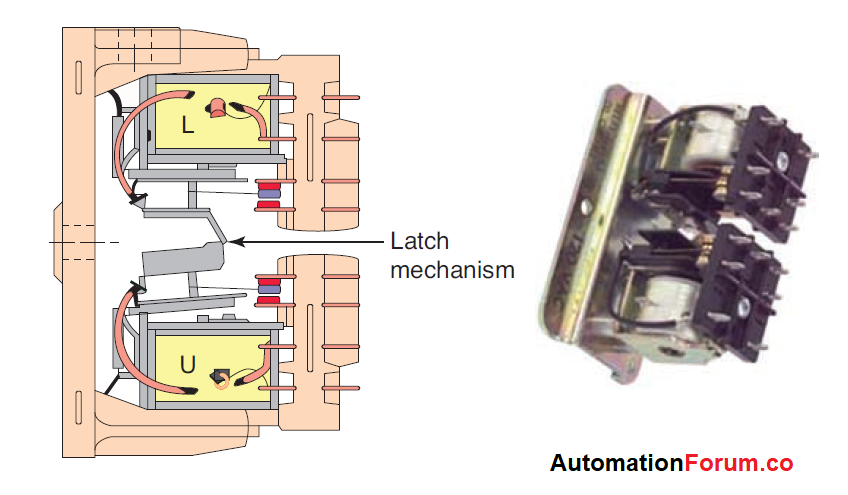 The Latching relays are designed to keep the relay closed after the coil power has been disconnected. The usual relay logic opens the contact instantaneously after the coil is released.

The latching relay uses two coils to accomplish the function as shown here:

An electromagnetic latching relay function can be programmed on a PLC to work like its real-world counterparts.

Latch-relay can be used in place of self-latching (Seal) circuits, a latch-relay in an interlock section will not be cleared when the interlock occurs.

OTU resets the bit to “0” when the rung becomes true and retains it.

What is Hot standby in PLC?