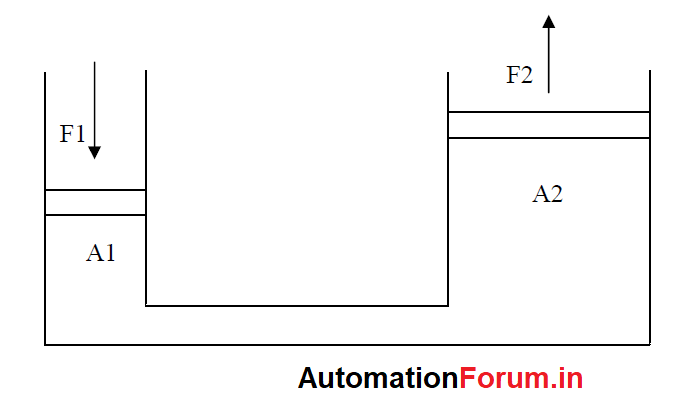 What is a Hydraulic system basically?

The basic principle of a hydraulic system is derived from Pascal’s law, basically stating in a closed vessel that there are several holes in the same end so it will be emitted in all directions with the same pressure and flow amount. Where the pressure in a static fluid must have the following properties:

The picture above in accordance with the pascal law, can be obtained the following equation:

The above equation can be seen that the magnitude of F2 is affected by the size of the cross-sectional area of the A2 and A1 pistons.

Components of the Hydraulic System:

The main function of the clutch is as a round connector produced by the drive motor to be forwarded to the pump. As a result of this rotation, the pump works (rotates).

In the hydraulic system, the valve functions as a pressure regulator and fluid flow that reaches the working brightness. According to usage, hydraulic valves are divided into three types, including:
1. Relief Valve
2. Direction Control Valve
3. Flow Control Valve

Hydraulic work cylinders are the main component that serves to change and forward power from fluid pressure, where the fluid will push the piston which is the only component that moves to perform translational motion which is then passed to the engine through the piston rod. According to construction, hydraulic working cylinders are divided into two types in hydraulic systems:

Usually, the pressure regulator is installed and equipped with a device that can indicate a fluid pressure coming out. The working principle of this tool was discovered by Bourdon and insrument is Bourdon tube. The oil enters the pressure regulator through the P channel hole. The pressure in the curved pipe Bourdon causes the pipe to extend. Greater pressure will result in a larger radius turns. The pipe extension motion is then changed to a pointing needle via the connecting lever, tending gears, and pinion gear.

The pressure on the inlet can be read on the curved point of the indicator scale. So, the principle of reading this manometer pressure measurement is that it works based on an analogous principle.

The filter functions to filter impurities from hydraulic oil and is classified into channel filters used by pressurized channels. The filter is placed in the tank at the inlet that will go to the pump. With the filter, it is expected that the efficiency of hydraulic equipment can be raised and the service life is longer.

Hydraulic fluid must have the following properties:

What is a Measurement system in a process? and its components

Deaerator- What are deaerators?, working, construction.