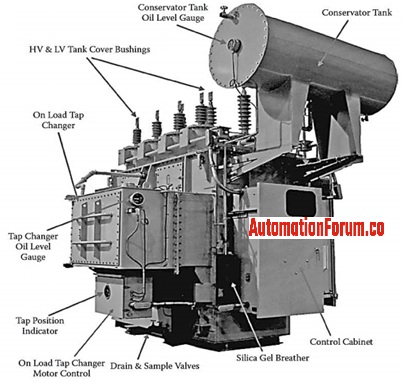 What are the major faults in a transformer?

Transformer faults can be categorized as internal and external faults

What are the major reasons for the transformer faults?

So in order to prevent all these faults, we must protect the transformer and thus the time and maintenance cost can be saved.

What are the preventive measures that should be done in a transformer?

Transformer failure can be avoided by proper maintenance, the preventive maintenance in a transformer must be done by regular inspections and also by the component replacement.

What are the factors that must be considered while doing the transformer protection?

Protection should be done according to the

What are the different types of transformer protection?

This type of relay would provide protection for oil-filled transformers this relay is a gas-actuated relay. This is the best type of protection for internal faults. A slow-developing fault in a transformer is called the incipient fault and this fault would cause the relay to operate. So due to the incipient fault, the transformer oil would decompose and thus gases are created. So the gas will be accumulated in the relay chamber, due to the gas formation there will be a high velocity of oil flow and due to these high energy faults, the relay will trip. So in case of small faults, this relay would operate by accumulating the gas and after that, there will be an alarm. The relay would trip for the large faults by detecting the velocity of the oil flow.

The alarm is for – Winding and core overheating, partial discharge, bad contacts or joints, and also for core bolt insulation failure.

The relay would trip if there is a loss of reduction of oil and this could happen in case of leaky pipe joints, tank faults, and also because of contraction of oil under low temperature and low loads.

The reaction time of this type of relay would be really quick compared to the Buchholz relay. This relay would easily detect if there is a sudden rise in the pressure and also if it has inverse time characteristics. If a high current passes through a shorted turn then there would be a lot of heat. This heat along with the arcing would cause oil breakdown into combustible gases and this gas generation would increase the tank pressure. So this quick increase in gas pressure would be detected by the relay so before and damage to the transformer the relay would operate.

Due to the thermal inertia of the transformer, there will be slight overloading in the oil temperature. So because of this temperature protection will be provided in the winding. This temperature can be calculated indirectly by using a replica resistance and also by using a CT in the secondary current.

This type of protection is done to prevent the phase and earth faults. Two current transformers are used one of them would be connected to the secondary side and the other will be connected to the primary side of the transformer. The relay would differentiate the current in the primary and the secondary side. This comparison is done with the help of the CT’s matched ratio such that the secondary current will be balanced in magnitude and phase for an external fault on load. The magnitude balance can be done by selecting the proper CT ratio for the primary and the secondary, it can also be achieved by interposing current transformers. The phase balance could be done by doing the proper vector connections of the selected CT’S

The overcurrent in the transformer can be protected by using a protective relay. The relay would pick up if the current magnitude would exceed a certain value, this type of relay would be connected to the system with the help of the current transformer. So this type of protection would provide protection from overloads. We can use a thermal relay to do the overcurrent protection of the overloads. The over-current protection includes the short circuit protection. The short circuit could be phase fault, earth fault, or winding fault.