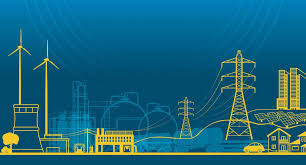 1. What is “” in electrical engineering?

Pu means per unit and this will be used in the diagram of a single line of the energy system, it is like a large electric circuit without components (generators, transformers, loads) with different classifications (in MVA and KV).

2. Why link is provided in neutral of an ac circuit and fuse in of circuit?

The link is provided at a neutral common point in the circuit from which several connections are made for the individual control circuit and, therefore, is provided in the form of a link to withstand high amperes. But in the case of a fuse in the phase of the AC circuit, it is designed in such a way that the rating of the fuse is calculated only for the particular circuit (that is, the load). Therefore, if a fault occurs, the fuse connected to the particular control circuit will only turn off

3. What is a tap‐changing transformer?

It is a transformer that has one or more output cables, so the switch can be used to change the output voltage of a reference cable.

Circuit Breaker (VCB) is normally used to break prevent excess current during a short circuit. A vacuum circuit breaker is a type of circuit breaker in which the cooling of the arc takes place in a vacuum. This technology is suitable for medium voltage application. VCB can 11kV.

6. Why use VCB at High transmission system? Why can’t use ACB?

Actually the thing is vaccum has high arc queching property compare to air because in VCB, the die electric strength equals to 8 times of air. They y alway vaccum used as inHT breaker and air used as in LT.

7. what is the diff. . electronic regulator and ordinary rheostat regulator for fans?

It is used with generators to charge a number of capacitor in parallel and download them in series. It is used when the voltage required for the test is greater than that available.

9. What is resonant peak?

Resonant peak is defined as the maximum value of the transfer function. A large resonant peak corresponds to large overshoot in the transient response

10. What is Resonant Frequency?

The gain margin is defined as the reciprocal of the magnitude of the open loop transfer function at the phase crossing frequency. The profit margin indicates the amount by which the gain of the system can be increased without affecting the stability of the system.

The phase margin is the amount of additional phase shift in the gain crossing frequency required to bring the system to the edge of instability.

ACSR means aluminum conductor reinforced with steel, this conductor is used in transmission and distribution.

What are fixed resistors? Types of Fixed value Resistors