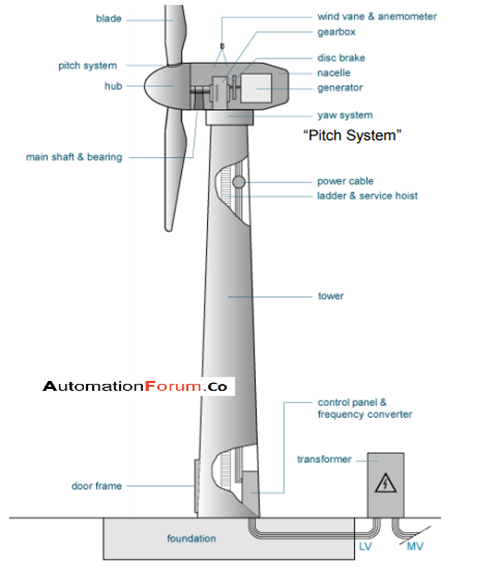 What is wind and why wind power

The wind is the movement of air masses around the earth, and this movement of air masses is influenced by two factors they are solar heating of the earth and earth rotation. Due to the curvature of the earth, there will be large temperature differences on the earth’s surface and this difference in pressure will cause the air to accelerate from high to low pressure and this drives the earth’s air masses. We have used wind power from earlier days for sailing ships and for windmills. Due to the climatic changes, there was a demand to increase the green energy, cause the production of electrical energy from renewable sources and also from wind power. The wind is renewable energy and it’s a free resource, it’s a replacement to the dirty energy source and there are no emissions associated with its use. The place for wind generation can be utilized on underutilized land or on lands currently in commodity crop production.

Why wind energy is the best and what are its benefits

The wind is a renewable indirect solar energy, and vast wind energy is available. Wind power generation has many advantages over normal power plants they are, in normal power plants there will be an emission of SO2 which is the major cause of acid rain so it could cause environmental problems they also emit NOx and Hg. The NOx will cause smog and respiratory ailments and the Hg is a persistent, bioaccumulative toxin. By using wind energy there will be no air emission, no need to mine fuel, no need for cooling water, no water pollution, no wastes, and low operating costs. By using wind power the use of fuel will decrease. Wind energy is a renewable source of energy which produces no greenhouse gas emissions or waste products. Power stations emit a large amount of carbon.

How to select the site for wind power plant

The air moves from the area where the pressure is higher towards the area where it is lower. So wind is the movement of the air mass, more or less quick, between zones at different pressure. The wind blows with higher intensity on large and flat surfaces, such as the seas and these places are suitable locations for wind power plants. The wind gets stronger on top of the rises or in the valleys oriented parallel to the direction of the dominant wind, it slows down in uneven surfaces such as towns or forests. A wind power plant can be located in high exposed sites, it can’t be located in highly populated residential areas, roof-mounted turbines must be avoided and the distance between the turbine and the nearest obstacle must be checked. If the site chosen for the wind power plant is offshore, certain considerations must be taken, a major consideration should be that it must be located in the place where the greatest amount of wind is available. Other considerations are the distance from shore, visibility, proximity to electrical grids, and the undersea cable, disturbance of any routes for airplanes and ships. By considering all these factors the wind farm installation can begin.

What is wind energy and how does it work

Wind energy is generated by blowing air, wind energy transform in kinetic energy and use as mechanical energy or electrical energy. The amount of energy produced is depended on the wind speed, the density of the air affects the energy produced by the wind, which is determined by the humidity, barometric pressure, dryness. In the case of wind electric turbine, the turbine blades will capture the wind energy and start moving they spin a shaft that leads from the hub of the rotor to a generator. The generator turns that rotational energy into electricity. A wind turbine converts kinetic energy from the wind that passes over the rotors into electricity. A wind turbine is mounted on a tower to capture the most energy at 100 feet above the ground or more. Wind turbines can be used to produce electricity for a single home or building, or they can be connected to an electricity grid for more widespread electricity distribution. When the blade starts moving they spin a shaft that leads to a generator. The generator consists of a conductor such as a coiled wire that is surrounded by magnets. The rotating shafts turn the magnets around the conductor and generate an electrical current. Sensors cause the top of the turbine to rotate to face into the wind and the blades change their angle to best catch the wind, the blades are flexible and stop spinning if the wind is too strong.

What are the main components of a wind turbine

Rotor blades – Rotor blades are the important part of the wind turbine they act as barriers to the wind. Wind will force the blades to move and by that, some energy is transferred to the rotor. It is the portion of the wind turbine that collects energy from the wind. The rotor usually consists of two or more fiberglass or metal blades which rotate at a rate determined by the wind speed and shape of the blades. Shaft – wind turbine shaft is connected to the center of the rotor when the rotor spins then the shaft spin as well, in this way the rotor transfers its mechanical and rotational energy to the shaft, which enters to the electrical generator. Generator – Generator consists of magnets and conductors, the conductor is mostly a coiled wire. The shaft is connected to permanent magnets that surround the coil of wire. So when the rotor spins the shaft spins and it will spin the magnet and by that voltage will be generated in the coil of wire. The voltage drives electrical current out through power lines for distribution.

What are the types of wind turbines

There are two types of wind turbines according to the direction of the rotating shaft they are Vertical axis wind turbine – savonius type In the vertical axis type, they have blades that go from top to bottom. It is the simplest model of wind turbine and it consists of two vertical sheets, without airfoil, and curved to form a semi-circumference. It is also called a drag turbine since the motive torque is based on the difference in the resistance offered against the wind by vertical surfaces symmetrically arranged with respect to the axis. The characteristics of this turbine are they are slow turbine and have low efficiency. These turbines are suited for low values of wind speed and within a limited range.

What are the advantages of wind power

What are the disadvantages of wind power

How to test a three-phase distribution box by using a megger?