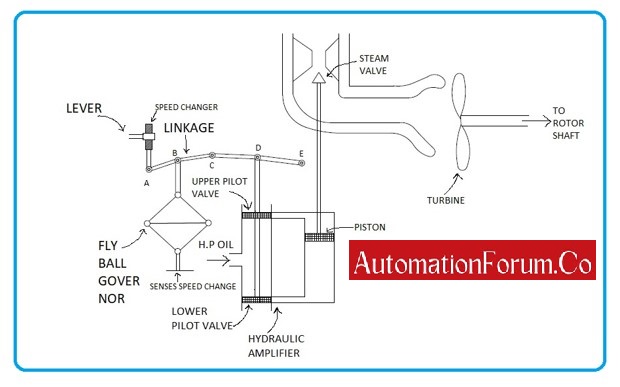 What is the governor in a Steam Turbine?

Case I: When the turbine load increases the speed of the engine will decrease proportionally.

Then the governor increases the fluid supply to maintain constant speed within specified limits.

Case II: When the turbine load decreases the speed of the engine will increase proportionally.

Then the governor reduces the fluid supply to maintain a constant speed as much as possible over a long period.

What Are The Various Types Of Governors Used In Steam Turbines?

An over speeding of the turbine occurs in rare cases. But it is necessary to test the over-speed governor periodically to determine proper working during turbine-rated operation without bringing it to excess speed at which the emergency governor is set to trip.

The emergency governing mechanism of a turbine consists of.

Every steam turbine consists of emergency governors which come into action if.

How does the Turbine Governing System work?

The turbine governing system is classified as

Case 1:  When point B is fixed

Case 2: When point A is fixed

Let us consider a situation for reducing load.

A Summary is described as

Describe the parts of the turbine governing system:

The turbine governing system consists of

How is the Governor used to control the speed of the Turbine/Pump?

Generally, the speed of the turbine is 9000 RPM for a full load.

The output signal is selected from two control modes

What is Ethernet IP Protocol?