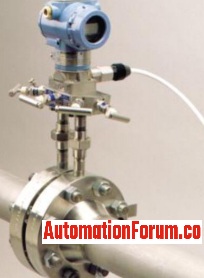 How does a differential pressure flow meter work?

What are the types of differential pressure flow meter?

The orifice is a metal plate that has a hole in its center, so this will be placed as an obstruction in the pipe between two flanges. The orifice plate will reduce the area that the fluid can flow through. The pressure tap on the flanges will help to measure the differential pressure across the plate. So the pressure differential and dimensions of the plate are compared with the fluid properties in order to determine the flow rate. There are different types of orifice meters such as Eccentric, segmental, concentric square edge, and quadrant edge orifice.

Its construction is simple and it is not expensive. They are small in size and also available in a large variety of materials. This DP flow meter has less rangeability, the pressure loss is high and it can’t be used for slurry service. This flow meter has less accuracy.

The venture tubes are widely used for industrial applications, the obstruction of the venture meter is less when compared to an orifice meter. The venture meter has less pressure drop than the orifice meter.  This type of meter is constructed in a way that it has a reduction in its pipe area and then a parallel throat section after that it would expand into a full pipe diameter. This type of meter has high accuracy and less pressure drop. The operation of this meter is when the pipe diameter decreases, the fluid velocity would increase and this would cause the pressure drop proportional to the flow-rate across the venturi tube’s throat.

This flow meter has a low-pressure drop and it can handle large flow volumes, it can be used for wastewater applications. The venture meter is very expensive, and it’s not compact so it will take a lot of space while installation.

The flow nozzle consists of a nozzle-shaped inlet, a short throat, and a flared downstream expansion section. This device measures the pressure drop between the locations one pipe diameter upstream and also one half pipe diameter downstream is also measured. The flow nozzle can be used to measure the steam flow and it can measure the steam at high temperature and pressure. So this device is used in the boiler outlet line.

This meter can handle suspended solids, it has less pressure drop, and it can be mounted horizontally or vertically. This device can be used to measure steam or gas. It cannot be used to measure viscous fluids, it would also need straight pipe runs up and downstream.

The dall tube is throat less, flowmeter and it has a short steep converging cone that starts at stepped buttress and its diameter will be less than the diameter of the pipe. Following an annular space at the throat. There is also a diverging cone that again finishes at a step. The dall tube has the lowest insertion loss and it can be used for slurries.

The operation principle of an elbow meter is that when liquid flows in a circular path, then the centrifugal force is exerted along the outer edges. So when liquid flows through the pipe elbow, the force on the interior surface of the elbow will be proportional to the density of the liquid times the square of its velocity. The force will be inversely proportional to the elbows radius.  Any ninety-degree pipe elbow can be used as a liquid flowmeter. All that is needed to become a flow meter is two small holes in the elbows midpoint for piezometer taps. After that, we can attach pressure sensing lines to the taps. This type of flow meter is really simple, and it is not expensive, and its accuracy is low

The wedge-type flow meter can be used to do the measurement of liquid or gas mostly they are used for dirty service applications. This device is used for high viscosity applications such as slurry or heavy oil and this device is also used for the flow measurement of liquids that has solid particles. So this device would be inserted in the process pipe and it would form a wedged obstruction on the inner wall of the pipe.

The rotameter consists of a tampered metering tube and it also has a float that can move up and down freely within the tube. So the fluid that is to be measured will enter at the bottom of the tube and it passes upward around the float and out at the top. This device has a reading calibration scale on the tube and we could know the flow rate by observing the float position in the metering tube.

In a target meter, a sharp edge disk is set at right angles to the flow direction. This disc can sense or measure the force that is caused by the fluid when the fluid hits the disc. We could get the direct flow rate by measuring the force exerted by the liquid in the target. The force that is created by the liquid in the target is measured by a strain gauge. The flow rate will be given by the gauge. This meter can be used for the flow measurement of dirt or corrosive liquids.

What are the advantages of a differential pressure flow meter?

What are the disadvantages of a differential pressure flow meter?

What are the applications of differential pressure flow meter?

What is a positive displacement flow meter and what are its types?

Why square root is used in flow measurement?