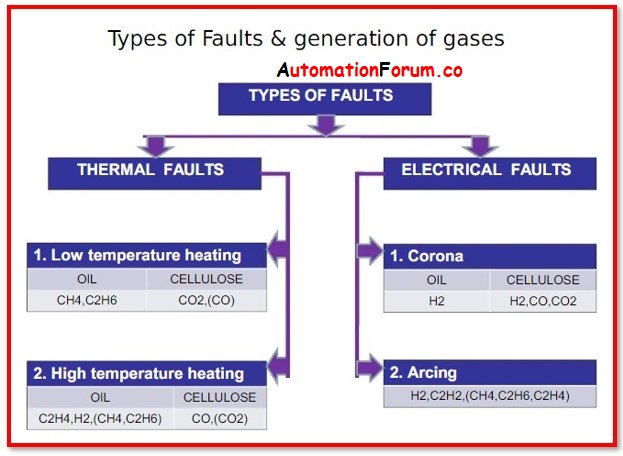 What is Transformer Oil Testing?

Transformer oil testing is analogous to blood testing for people. Transformer oil testing is one of the most well-known and effective loss prevention strategies, and it need to be a part of each organization’s maintenance schedule. In addition to serving as an early warning system, it also enables us to assess the transformer’s internal condition without interfering with its normal operation.

Transformer oil testing, when done on a regular basis, offers the maintenance staff time to set priorities, allocate tasks, arrange for outside vendors to service the transformers, or even order the necessary supplies and parts.

Transformer oil needs to be tested to make sure it meets modern requirements. International standards, most of which are set by the ASTM, describe testing practises and norms.

When evaluating an oil,

either on-site or in a lab, using portable test equipment. The lifespan of the transformer can be extended through rigorous testing, which lowers the cost of replacement.

Why it is Important to Test Transformer Oil?

Testing of transformer oil is essential for:

What are all the Factors to be considered Transformer Oil Tested?

The following are the main characteristics to consider for while doing a transformer oil test:

These tests will establish a baseline of the qualities that need to be checked on a regular basis and helps to determine whether the oils are clean. Despite the abundance of available tests, their cost makes them unaffordable.

The power and voltage have an impact on the recommended frequency. The frequency must be increased if the test findings raise any warning signs. Even though testing is expensive, it should still be weighed against the cost of replacing a transformer and the downtime caused by a lost transformer.

Transformer oil can be tested using a variety of techniques, which include:

TEST: One of the initial tests that are typically performed in a lab is a visual inspection, which is done by beam of light through it to verify transparency and spot foreign particles.

RESULT: If the oil is contaminated, it will show through as cloudiness, poor transparency, or the detection of foreign particles.

TEST: With this test, the insulating oil’s dielectric strength is evaluated; in other words, we measure the voltage at which the oil fails electrically, which is a reliable indicator of the oil’s moisture content. The oil is tested by simply placing a sample between two electrodes and progressively applying voltage until the electrodes reach a sufficient potential and begin to conduct through the oil. This value is known as the breakdown voltage of the oil.

RESULT: The new transformer oil must have a minimum dielectric strength of 35 kV according to the international standard ASTM D877, which is also used for this test. In kV, the BDV is measured.

TEST: As the names indicate, the oil sample is compared to an earlier sample taken from the same transformer to look for oil darkening. A set of colour standards are compared with the numerical value between 0 and 5 assigned to the oil’s colour after it is measured for light transmission.

RESULT: It is safe to presume that internal arching has occurred in the transformer or that there has been a notable discoloration of the oil if that arching occurred.

THERMAL FAULT: At standard working temperatures, a minor amount of degradation takes place. The generation of the degradation gases shifts from Methane (CH4) to Ethane (C2H6) to Ethylene as the fault temperature rises (C2H4). Methane, ethane, and a small amount of ethylene are the major products of a thermal fault at low temperatures (300 C). Ethylene is produced via a thermal fault at temperatures higher than 300 °C. The more heated the environment, the more ethylene is produced.

ELECTRICAL FAULT: An electrical fault releases energy that causes the chemical bonds in the insulating fluid to be broken. These elements readily recreate the fault gases after the bonds are disrupted. Because the energies and speeds at which the gases are generated vary for each gas, it is possible to analyse the gas data to identify the type of faulting activity occurring within the electrical equipment.

TEST: This test involves collecting an oil sample in a glass syringe that has all of the fault gases dissolved in it. The oil sample is then sent to a lab for analysis, which detects the different gas ppm levels that are present in the insulating oil.

RESULT: Different gases that have been dissolved in the oil suggest various forms of thermal and electrical stress within the transformer.

TEST: It is the lowest temperature at which heated oil begins to emit enough vapour to combine with air to generate a flammable moisture.

RESULT: The purpose of this test is to determine the oil’s volatility.

TEST: The procedure is for determining the number of dissolved metals in oil. It is expressed in micrometres and measured by inductively coupled plasma atmonic emission spectrometry (ICP-AES).

RESULT: This test includes determining the presence of any metal that might result from mechanical wear, arcing inside the transformer, or overheating.

TEST: High-performance liquid chromatography, or HPLC, is used to make measurements in this test, which is conducted in accordance with ASTM

RESULT: This test enables us to identify the presence of cellulosic material, whether it originates from the press board or the paper insulation of the windings, which produces furanic chemicals in the oil.

TEST: This test helps in determining the presence of soluble pollutants and oxidation by-products in the insulation oil. An increasing value denotes greater contamination, and the unit of measurement is mN/m.

RESULT: The interfacial tension of water and oil is evaluated in this test.

TEST: This test, is performed to find out how much acid is present in the oil. In new transformer oil, there is typically no acid content, however this could change due to oxidation and contamination.

RESULT: The test involves calculating how much potassium hydroxide (KOH, expressed in mg) is needed to neutralise the acid in one gramme of oil.

TEST: It’s important to note that the test is prefer to have as little moisture in the oil as possible because greater moisture weakens the insulating dielectric strength, which increases the risk of flashovers. Special glass bottles are used to collect the oil, which are subsequently sent to a lab for analysis. These amber glass bottles have a cone cap and can’t be used again.

TEST: This test, as its name suggests, is utilised to ascertain the oil’s resistivity or helps in comprehension of its insulating characteristics.

RESULT: A low resistivity indicates that the oil has a large concentration of free ions, which suggests that the oil contains conductive contaminants. Ohms is the unit of measurement.

TEST: The onsite EHS team need this modern test before the oil handling operation can be carried out. The test method measures in parts per million(ppm).

RESULT: By using gas chromatography, this test essentially determines whether PCB, also known as askarels, is present in the insulation oil.

TEST: This test is highly essential, especially if the transformer is situated in an extremely cold environment.

RESULT: In this test, the lowest temperature at which the oil will flow is measured, ensuring that the oil will circulate and fulfil its function as insulation.

TEST: Relative density can be used to determine if ice will float on the oil in extremely cold climates. This test makes use of a hydrometer at a reference temperature to estimate relative density, also known as specific density.

RESULT: If the test yields a high number, it means the oil has the capacity to hold water in suspension.

What is a DC Chopper (DC TO DC CONVERTER)?

What is the purpose of the Universal Motor?