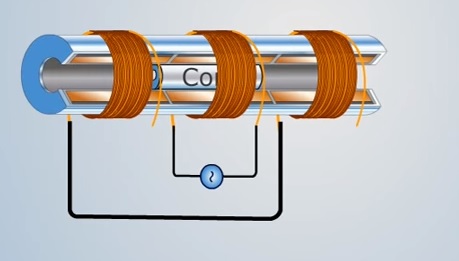 LVDT is a passive transducer which measures displacement.

Construction  and Working of LVDT.

The primary winding is connected to an alternating current source.A movable soft iron core is placed inside the bobbin. The displacement to be measured is applied to the arm attached to the soft iron core.The rod is slotted longitudinally to reduce eddy current losses.

How to do Temperature Switch Calibration ?

How to do pH Electrode Calibration ?

Working of a Differential pressure transmitter