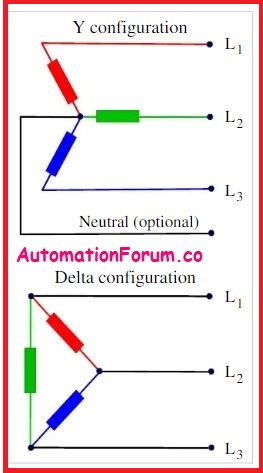 What is Two Phase?

Two-phase electrical power was an optional process (polyphase) alternating current electric power distribution technology used in the early twentieth century. Two circuits were employed, with voltage phases that differed by a quarter of a cycle, or 90 degrees. Typically, four wires were utilised in circuits, two for each phase. Three wires were used less commonly, using a common wire with a larger-diameter conductor. Two entire rotor and field assemblies were used in two-phase generators, with windings physically separated to create two-phase current.

There are two stages to 2 phase electric power (that supply electricity in a building):

The function of the 2 phase current:

What are the features of 2 phase current?

Where 2 phase current can be applied?

What is Three Phase?

A typical technique of alternating-current electric power generation, transmission, and distribution is three-phase electric power. It is a form of polyphase system that is utilised by electrical grids all over the world to transfer power. Large motors and other heavy loads are also powered by it. Because it utilises less conductor material to transfer electrical power, a three-phase system is usually more cost effective than an identical single-phase or two-phase system at the same line to ground voltage.

What is the function of the three phase current?

Three conductors carry an alternating current of the same frequency and voltage amplitude relative to a common reference in a symmetric three-phase power supply system, but with a phase difference of one third the period. The common reference is frequently connected to ground and, in some cases, to the neutral, a current-carrying wire. The voltage on any conductor reaches its peak one third of a cycle after one of the other conductors and one third of a cycle before the remaining conductor due to the phase difference. A balanced linear load receives constant power transmission due to this phase delay. It also enables the creation of a spinning magnetic field in an electric motor and the generation of other phase arrangements through the use of transformers.

The amplitudes of line currents are 3 times those of phase currents for ∆ -connected three-phase source, and the line voltage is the same as the phase voltage.

The amplitudes of line voltages are 3 times that of phase voltages, and the line current is the same as the phase current in a Y-connected three-phase source.

What are the features of 3 phase current?

Where 3 phase current can be applied?