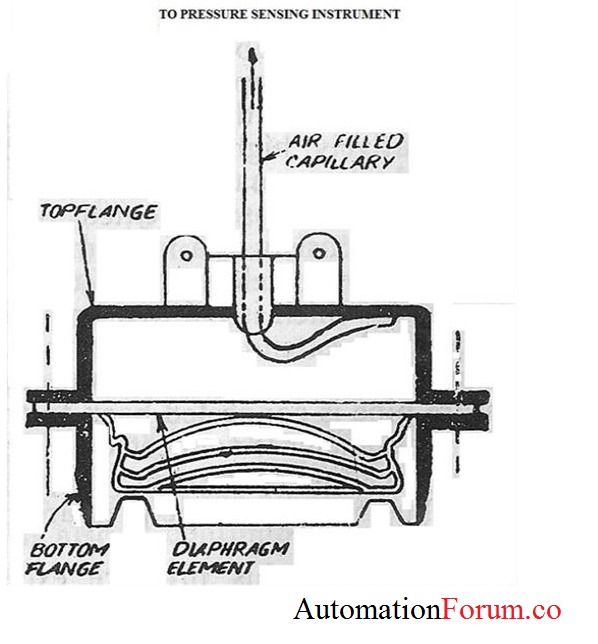 The diaphragm box level meter is used to measure the level of the open tank. The box contains a large amount of air, which is kept within a flexible diaphragm. A tube connects the diaphragm box to a pressure gauge.

The liquid level meter of the diaphragm box consists of two flanges in the middle of which is contained a rubber or oil resistant diaphragm element synthetic composition. The box is immersed in the liquid to be measured and filled with air capillary extends from it to the instrument.

The deflection of the diaphragm produced by the head of the liquid causes a compression of the air in the connection capillary. The pressure exerted by the liquid against the volume of air within the box represents the fluid pressure at that level

What is a guided wave radar level transmitter?