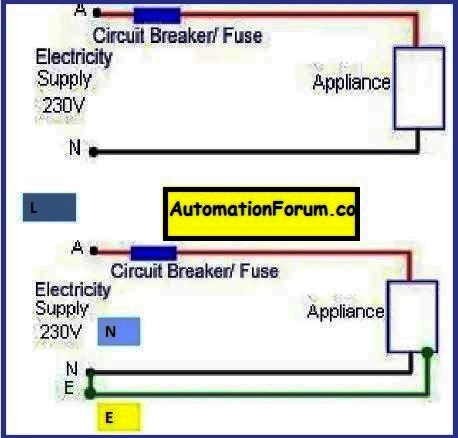 What is an ELCB?

Earth Leakage Circuit Breakers are safety devices that provide additional protection against earth leakage. ELCB is employed in places where the earth impedance is high. The primary objective of these devices is to reduce the risk of shock in the event of a current flow to the earth.

When energy “leaking” to earth is detected at a level detrimental to a person using electrical equipment, an ELCB is an electrical safety device specifically intended to immediately turn off the current. Electric shock protection is provided by the ELCB.

Another significant benefit of ELCBs is that they lessen the risk of fire by detecting electrical leakage to earth in electrical wire and accessories.

Purpose of ELCB in a circuit:

Even if the electric current isn’t strong enough to trip a standard circuit breaker, it can nevertheless harm or even kill a human. Without the protection provided by more sensitive circuit breakers, these charges can lurk in a piece of metal equipment.  Earth Leakage Circuit breakers are capable of detecting even minute amounts of current in malfunctioning metal electrical equipment.

The ELCB works on the principle that:

They function by comparing the current flow in the:

Construction of ELCB in a circuit:

Every electrical device enclosure must be earthed, according to international standards. As a result, there would be no risk of electrocution. It is necessary to bury a metallic rod deep in the soil for proper operation of an ELCB, and the ELCB is connected between the wire coming from the rod and the wire attached to the external metallic body of the Electrical device, or you can say that the ELCB is connected to the Earth wire.

Operation of the ELCB in a circuit:

When the live wire (unintentionally) comes into contact with the metallic body of the connected device or appliance, a potential is created between the earthed rod and the gadget’s metallic enclosure. The circuitry (within the ELCB) detects the potential difference and switches off the main supply to the connected device when the potential difference reaches 50 volts. It safeguards the safety of human beings in this manner.

Function of ELCB in a circuit:

What are the different types of Circuit Breaker?