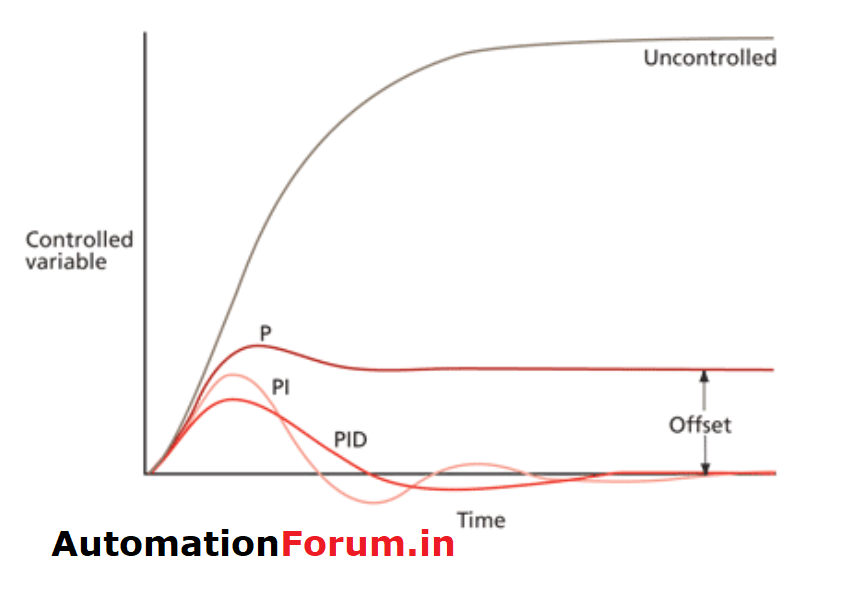 First off all offset occurs on proportional control systems, it is the difference between setpoint and measurement.

To know about the offset we have to know about parameter in a process. There are basically three parameters in process control: Process variable, Manipulated variable and Setpoint

A response graph of a proportional control system includes all three parameters.

For every controller it’s ultimate aim is to get the process variable to the setpoint value. For a Proportional control system, it is impossible to return the measurement exactly to its setpoint. since proportional output only adjusts in response to a change in the error, not to the error’s duration. This steady gap/error between SP and PV is called offset in process control.

For example, consider that the outlet temperature of a furnace is regulated by a proportional-only controller and the temperature is at the setpoint. If the furnace feed rate increases, it will need more gas. This disturbance is a change in the load on the furnace. To get more oil, it is necessary to open the gas valve further.

The only reason the valve can be at a cost other than its point of departure is to have a malfunction. The proportional regulator alone is therefore unable to restore the outlet temperature to its setpoint

The offset is determined by the controller’s proportional band value and the change in valve position that happens when a disturbance occurs:

Setpoint shifts, which are called setpoint load shifts, may also occur in control systems. Integrating and non-integrating processes under proportional control respond differently to these changes in the load setpoint.

The proportional-only controller is the most easily operated continuous controller. It delivers quick response and is relatively stable. If it is possible to accept offset (loose control), it is reasonable to use only proportional control.

What is proportional, integral and derivative control?