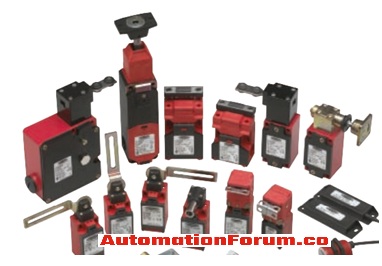 What is an electrical equipment interlock and why interlock is required?

The electrical interlocking is done to make sure that the equipment is safe, the electrical interlock is mostly used for substations and they are also used in many industries for the safety of industrial purposes. The isolators and switch gears are the protective devices that would provide proper and smooth operation of the power. By doing the interlock in a system we are making the functions of a system dependent on each other so one mechanism would take place after the other without interrupting the mechanism of the other.

The interlocks are used in an electrical system so that there won’t be any improper switching, we can see interlocks with the isolators and the switch gears so that the electrical circuit operation would take place properly. The electrical interlock is done in a substation or in an industrial process to make the operator and the machine safe. We can also prevent hazardous operations by interlocking. In case if there is no interlock in a system and if the operator closes the earth switch without opening the isolator and this could create the phase to earth fault. This is a wrong operation or it can also be described as a human error and this will be hazardous to the operator and also for the equipment. If an isolator is opened without opening the circuit breaker then it could badly affect the isolator so interlocks are used.

What is an interlock switch?

How to install the interlock switch?

What is the purpose of interlock?

The interlock would make the state of the two mechanisms mutually dependent, the major purpose of an interlock system is to protect the machine and the operator. The interlock would protect the machine and this would be done by preventing one element from changing state because of the state of the other element. An example of interlock operation would be the elevator, the elevators are designed in a way that they won’t open when it is in motion.

Why should we use interlock in generators?

Generators can be seen in many industries and some people use this for their home or for business, and this will be useful during the power cut. We can use an interlock to safely transfer power from the generator. The interlock would prevent in case if the main power and the generator power from powering the electrical system at the same time. In case if there is no interlock if the main power comes online so both these two power sources would create an overload condition. It could also make the generator power back-feed into the main and this would also cause certain problems.

By using an interlock in a generator, we could prevent the main and the generator power to connect at the same time. The circuit breakers would operate normally without interference in case of an overload condition. Most of the interlock devices for the electrical system would use a mechanical device so that the circuit breaker movement can be managed. Certain types of interlock devices would use padlocks so that no one would accidentally activate the main power system without any authorization.

What is the importance of the interlock system in a substation?

Interlocks are important in a substation by this we could ensure that all the disconnectors, earthing switches, and circuit breakers are operating properly. Because of this all the equipment and the people around it would be safe too.

What are the different types of electrical interlocking?

In this type of interlocking the hazard power source will be prevented by the switching of the circuit that controls the power switching device. This is the most commonly used interlocking method. The guard will be connected to an interlock switch so that the movement can be determined and also the switch contact can be opened if the guard is not closed properly. In this type of interlocking the stop command will be sent from the interlocking device to the control system. So because of this command, the power supply will be interrupted to the machine actuators and this will be done by the control system.

How to select an interlocking device?

How to do the interlocking between the LT and HT breakers?

What is a rectifier diode? and their types

What are the reasons for the double voltage or less voltage in our home and how to prevent it?