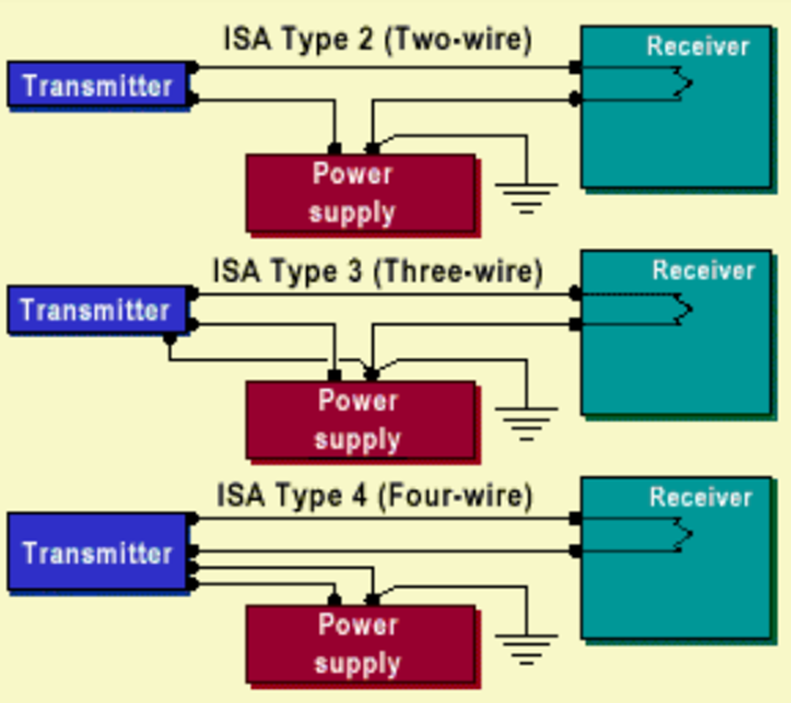 What are the major functions of a transmitter?

In an industrial process, the sensor would transmit a physical signal like pressure or temperature and this signal will be converted to an electrical signal. The electrical signal will be transmitted over a long distance without any signal loss to the controller. So a transmitter does the transduction, amplification, and also signal conditioning. A transmitter would sense the process variable with the help of a sensor and the output value of the transmitter would vary as a predetermined function of the process variable.

An Analog signal is an electrical signal and its current or voltage magnitude corresponds to sensors inputs such as temperature, flow, etc. The 4-20mA current signal is the most common way of transmitting the analog signal. So in this transmission, the 4mA would represent the lowest measured value and the 20mA represents the highest measured value.

What are the types of transmitters used in process instrumentation?

Two types of transmitters are used in process instrumentation

The 2 – wire transmitter would receive the power and transmit data signal through the same pair of cables. These two wires are used to power the transmitter and also to transmit the output signal.

What are the advantages of using current as an electric signal for transmission?

What is a loop diagram and how to interpret it?

Various circuits involved in Electronics and their components

What is Damping in instrumentation?