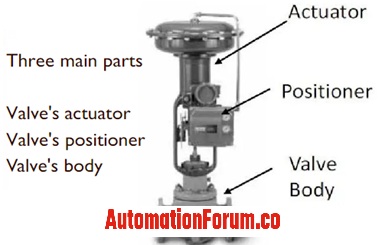 What does a final control element do in a control system?

What are the elements of the final control operation?

What are the types of final control elements which is used in a control system?

Solenoid valve is a type of control valve which can be seen in many process control applications. The flow can be turned on or off if it is a two-port valve, if it is a three-port valve then the outflow can be switched between the two outlet ports. The control valve is used in industries for many purposes like it can be used to control the process of water for batching, mixing, washing, blending, or also for on/off type purpose.

Many types of temperature sensors can also be seen in the final part of the control system and they are thermometers, thermistors, and RTD.

A metering pump can displace a certain amount of liquid at a proper time period so that it can do the accurate flow of the liquid. Sometimes metering can also be explained as providing fluids at the required flow rate. Most of the metering pumps can pump into high discharge pressure. These devices are produced to meter at flow rates which would be constant for a wide range of discharge pressure. The metering pump can be considered as the positive displacement chemical dosing device and it can vary the capacity manually or automatically as per the requirement of the process condition. This device has good repetitive accuracy and they are capable to pump certain chemicals including acids, bases, corrosive or viscous liquids, and also slurries. A reciprocating piston would do the pumping action and it could be in direct contact with the process fluid or a diaphragm would be used to shield it from the process fluid.  Mostly the metering pumps are used for the process that needs low flow rates, it is used in the process that has high system pressure. The metering pumps are also used in a process where a good flow rate is required and it is also used in the process which deals with corrosive or hazardous fluid. It is also used in the process where viscous fluid or slurries needs to be pumped.

There are different types of metering pump and each of them would have different temperature and pressure ratings so we must choose a pump which will be suitable for our applications. So a metering pump must be selected according to the pump material and also according to its operating temperature and pressure. A metering pump consists of a pump head and a motor, the liquid which is pumped would travel through the pump head. The motor which is used is an electric motor and it would drive the pump head. We can use a metering pump for various applications such as chemical processing, chemical processing, medical applications, oil, and gas, textiles, and a lot more.

What is a zero-speed switch?

What is industrial automation?