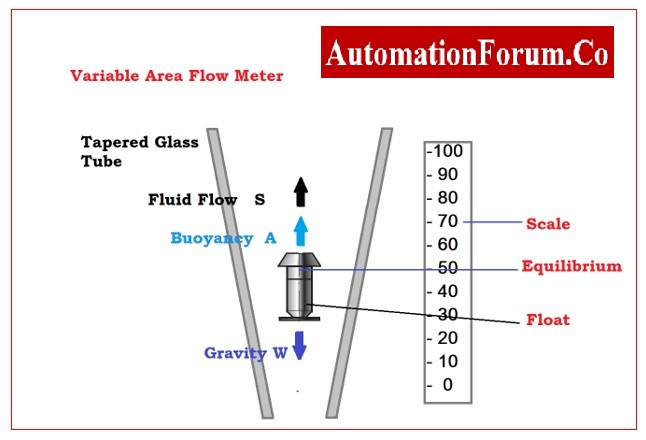 In this article, we will study the working of Variable Area Flowmeters.

How to determine the flow rate of fluid in Variable Area Flow Meters?

The flow rate can be calculated by using the following relation

h = head across the float

How Does the Variable Area Flow Meter Work?

What are the data required for selecting a flow meter?

Selecting a flow meter requires the following information to be considered

Materials used in the Construction of Floats:

Reading lines in a variety of float configurations as shown in below figures.

What are the major problems in a pressure transmitter and how to troubleshoot it?

What is a turbine flow meter and how is it constructed