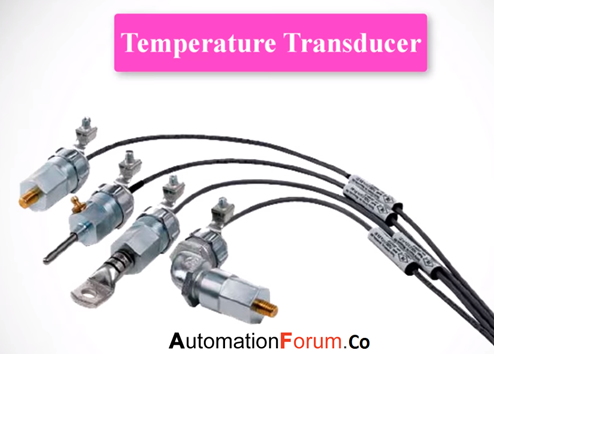 What is a transducer

The electrical transducer is a device which can be used to convert a non-electrical physical quality like temperature, sound or light… into an electrical signal such as voltage and current. It can also be described as a device which is capable to convert physical quantity into a proportional electrical quantity such as current and voltage. The transducer has two parts they are the sensing element and transduction element. The sensor is the sensing element and it will produce measurable response to change in physical conditions and the transduction element will convert the sensor output to suitable output form.

Transducers are usually electrical, electronic, electro-mechanical, electromagnetic, photonic or photovoltaic it can convert one form of energy to another form it converts the measurand to a usable electrical signal

A strain gauge is a passive transducer which uses electrical resistance variation in wires to sense the strain produced by a force on the wire. It is a transducer which can be used to measure weight, pressure. The strain gauge converts the mechanical elongation and compression into a resistance change and the changes in resistance take place due to the variation in length and cross-sectional area of the gauge wire when an external force acts on it.

Transducers according to the transduction principle

Disadvantages of the capacitive transducer

These transducers work on the principle of magnetic induction, it may be self-generating or passive type. electrical generator principle is used in self-generating type, that when there is a relative motion between a conductor and a magnetic field a voltage is induced in the conductor and this relative motion between field and conductor is supplied by changes in the measured. a tachometer is an inductive transducer which converts speed or velocity into an electric signal.

In this type, the measurand is converted to the voltage induced in a conductor by a change in the magnetic flux in the absence of excitation. These transducers are active transducers, change in flux is done by the motion between a piece of magnet and electromagnet

This is a special kind of sensor, and the main function of this transducer is to convert mechanical energy to electrical energy. And then electrical into mechanical energy It is used to detect the stick drum impact in electronic drum pads. it can be used as a knock sensor in automotive engine management systems for noticing knock of the engine.

It is used to measure pressure of the specific quantities like gas or liquids by changing the pressure into electrical energy its main application is amplitude sensing depth sensing, flow sensing, and leak testing these transducers can be used for generating electric power under the speed breakers on the highways of the roads where the force of the vehicle can be converted into electrical energy.

This transducer will convert electrical signals to ultrasound waves. It can also be used to measure the distance of the sound based on reflection. By the help of this transducer, we can find areas which are hard to find like high pressure or high-temperature areas. This system uses 8051 microcontroller, power supplies, an ultrasonic transducer module that includes transmitter and receiver,

if any obstacle or any object is found that is detected by ultrasonic transducer, then it will reflect back from the object and transducer will receive these waves the time used by the transducer for transmitting and receiving the waves can be noted by considering the velocity of the sound then based on the sound velocity and by the help of microcontroller the distance is measured and will be displayed on the LCD display

What is OSI (Open Systems Interconnection)?